I’m not the most spontaneous person. I’m quite ordered in what I do and love making plans – and sticking to them. That’s not to say I don’t like having fun and doing daft shit. 2014 brought with it a wealth of opportunities to do daft shit in abundance; for Ginger Wildheart introduced his online fan club, G.A.S.S. (Ginger Associated Secret Society). For the measly sum of £30, every month – from 1st May 2014 to 1st April 2015 – we were blessed with: 3 spanking new songs, diary entries, demos, videos, a Q&A section and podcast. Of course it goes without saying that all that content gave us our money’s worth and them some. But some things money just can’t buy…

The competitions ran through G.A.S.S. gave me an excuse to think the unthinkable and do the undoable; therefore, having the most randomly enjoyable year of my life. The start line was drawn in the sand with the initial request. All I had to do was think of an idea, then implement it successfully before crossing the finish line; hopefully ending my little adventure on the highest point of the podium.

The first challenge eased me into things, shall we say. The task was to design a new version of the Smileybones that looked nothing like the existing one. So Ginger said, the winner’s version was going to be used in the future for something. The prize being, the actual songbook used for Ginger’s ‘Albion’ album. Holy shitballs! I had to have it!!!

Heeding Ginger’s words, “Find someone if it isn’t you, who has some incredible artistic skills”, I got my dear friend Kiwi Bee to do the lion’s share (all) of the work. To start with, we sat down and bounced ideas off one another. I mentioned that whatever the design, a number 5 should feature (Ginger’s favourite number) and brain matter should ooze from the Smileybones. I then come up with the concept of somehow incorporating a flying V guitar into the design. From there Kiki had a great idea of making the guitar look like a rib cage. The rest came together nicely, as you can see from the finished article. 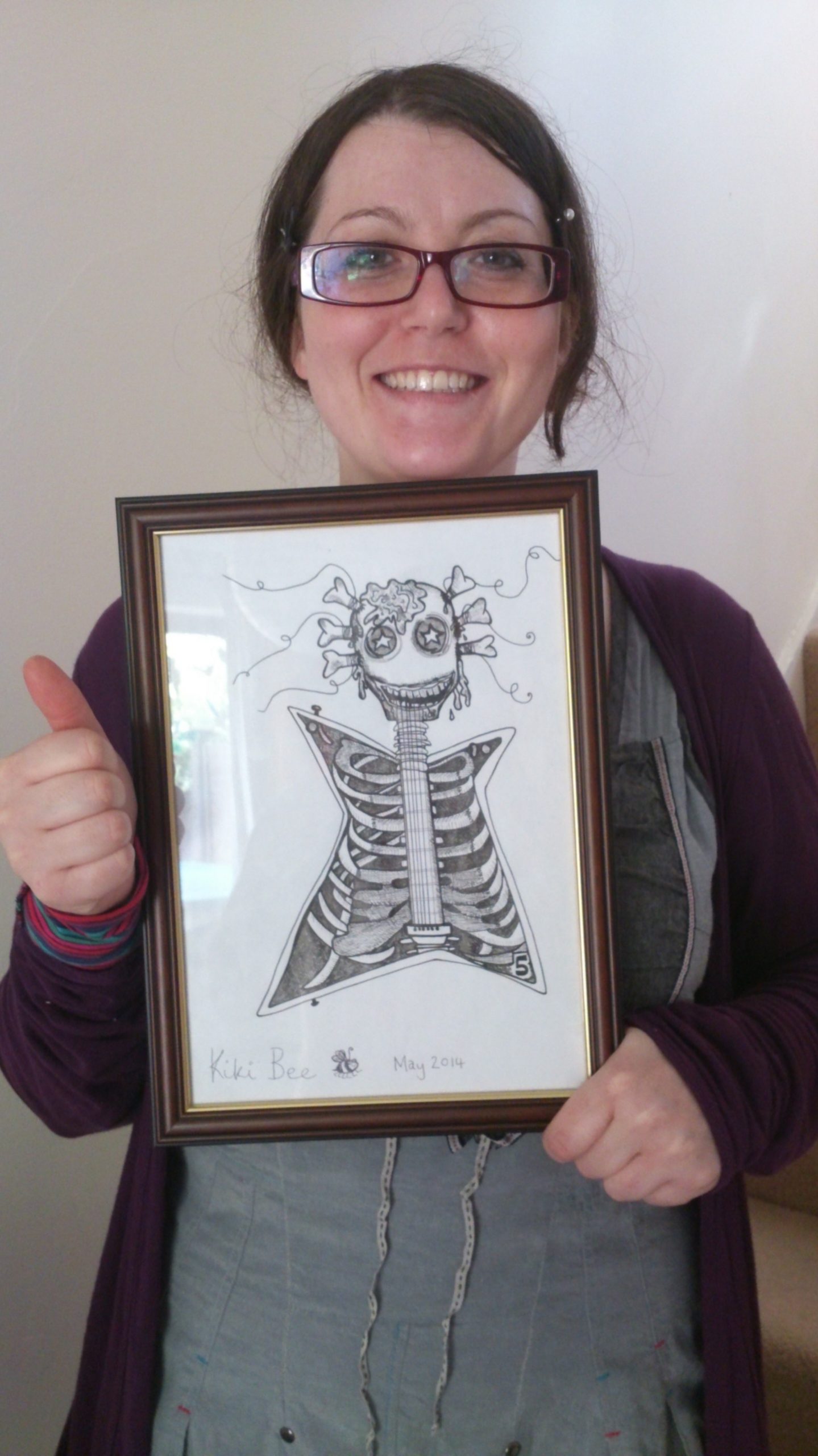 Unfortunately it wasn’t to be as Nathan Gibson won with a fantastic effort. Looking back now, I think we took Ginger too literally when he said the new design had to look nothing like the old one. Though I did get a little surprise when asking Ginger on Twitter what he thought of Kiki’s drawing.

His reply is now proudly mounted on the back of Kiki’s creation. 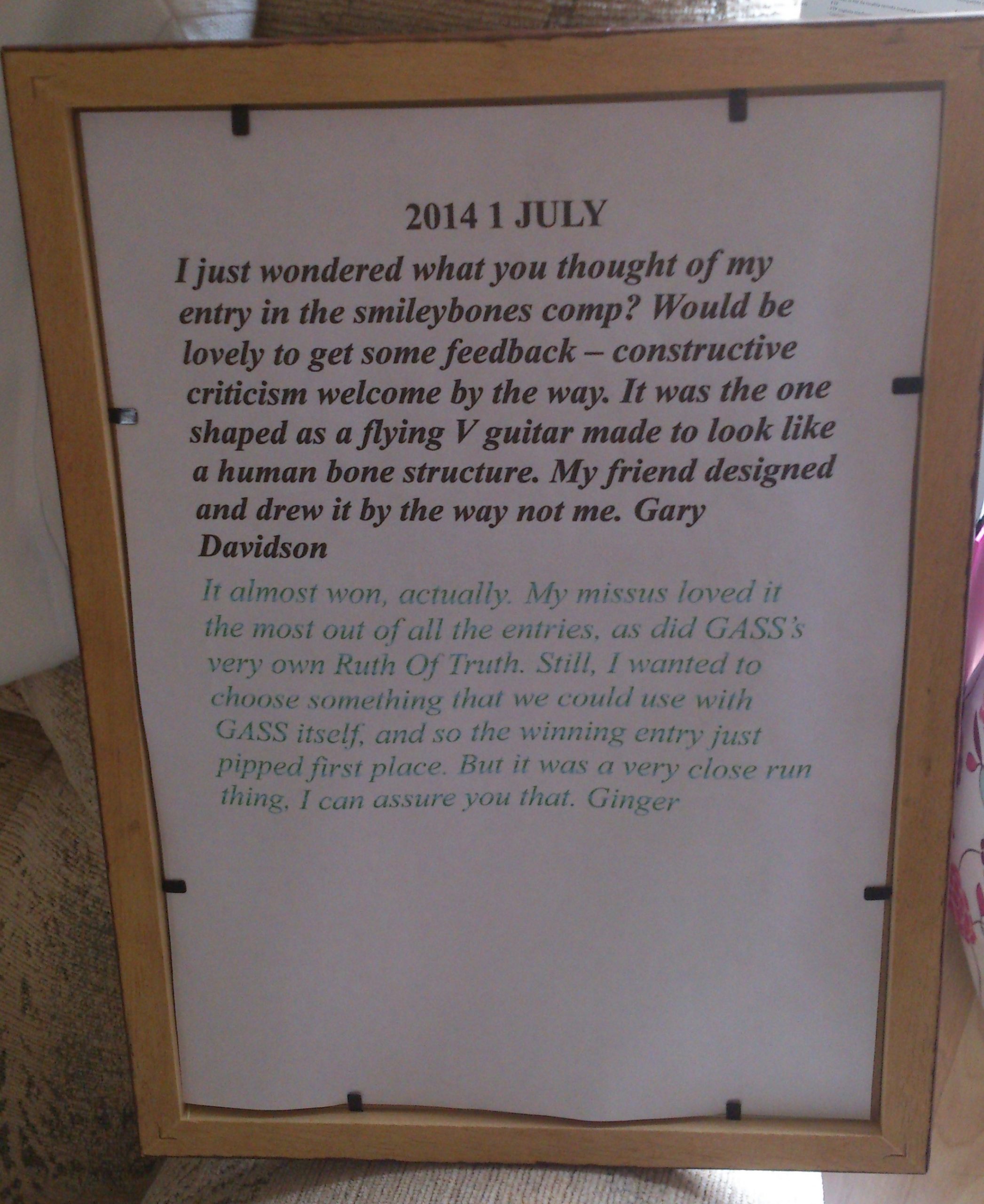