The eagle-eyed amongst you may have noticed I’ve skipped a challenge. The reason? I wanted to save the best till last. Challenge 5 will follow.

Challenge 6 was a spur of the moment comp that came about while Ginger was recording the podcast for month 10 of G.A.S.S.. Ginger was talking away to Chris Hodgson (merch guy) when special guest Taylor (Ginger’s son) came walking into proceedings. Taylor announced he’d just made a Roman fort out of Lego. Ginger told Taylor he’d have to explain what it looked like so the listener could picture it. Taylor explained away: the colour of the bricks; the position they were in; and the number of each colour. He then added that it looked a little bit like the Olympic Torch. He then thought it would be fun to challenge us to design something as close to that description as possible.

The prize was a prototype Mutation razor-blade belt buckle (minus the back) that Chris had on his person. To make it even more special it had a different finish from the final product that was going to be sold online.

Kiki and I teamed up to decipher Taylor’s description. With plenty of head scratching and listening intently on repeat, we came up with the best interpretation we could muster. 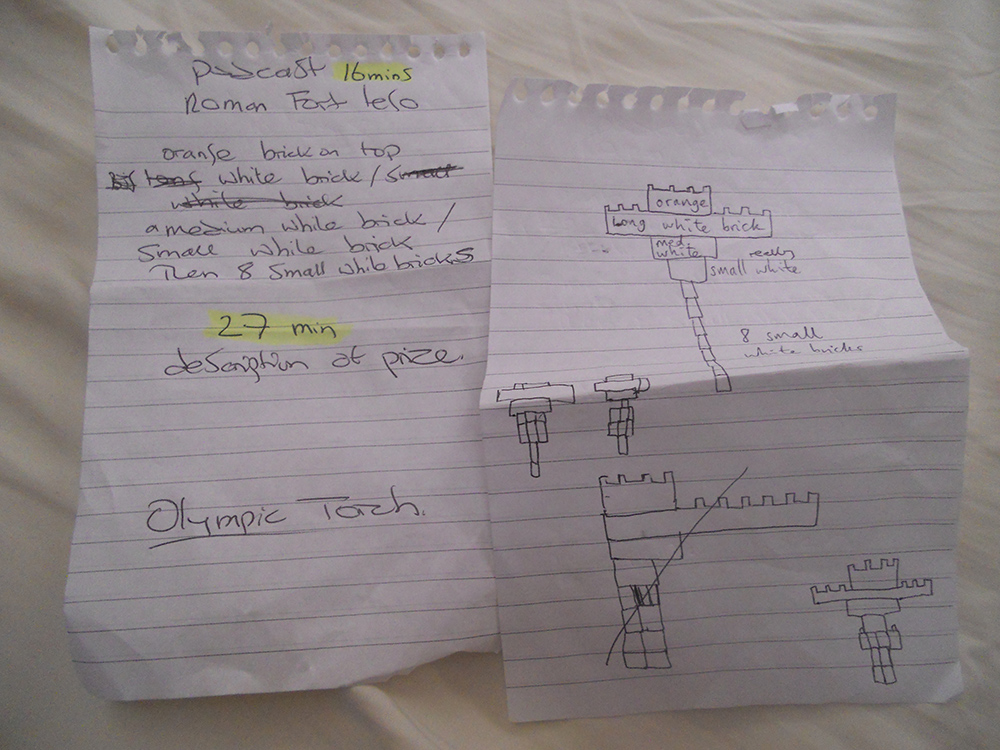 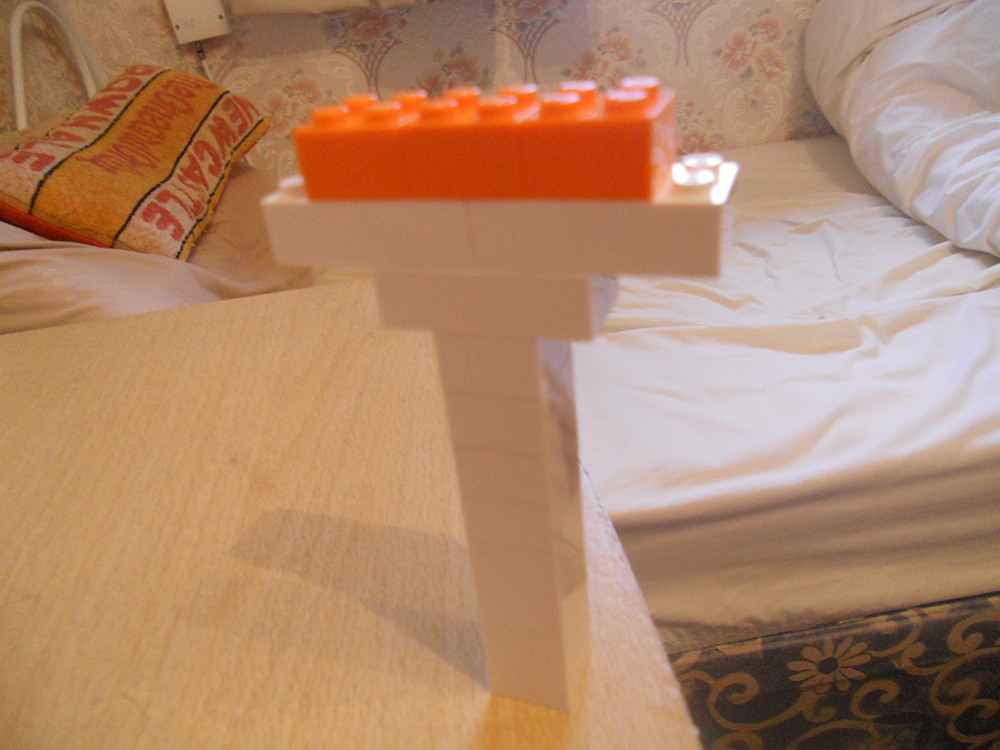 On podcast 11 Taylor announced me as the winner, then said, “I hope Gary Davidson is very happy with his belt buckle to help hold up his pants at night!” Ginger added, “Congratulations, Gary Davidson, I think this is the second thing you’ve won. I don’t know if that means that you’re awesome or everybody else is a bit crap, but congratulations none the less.” 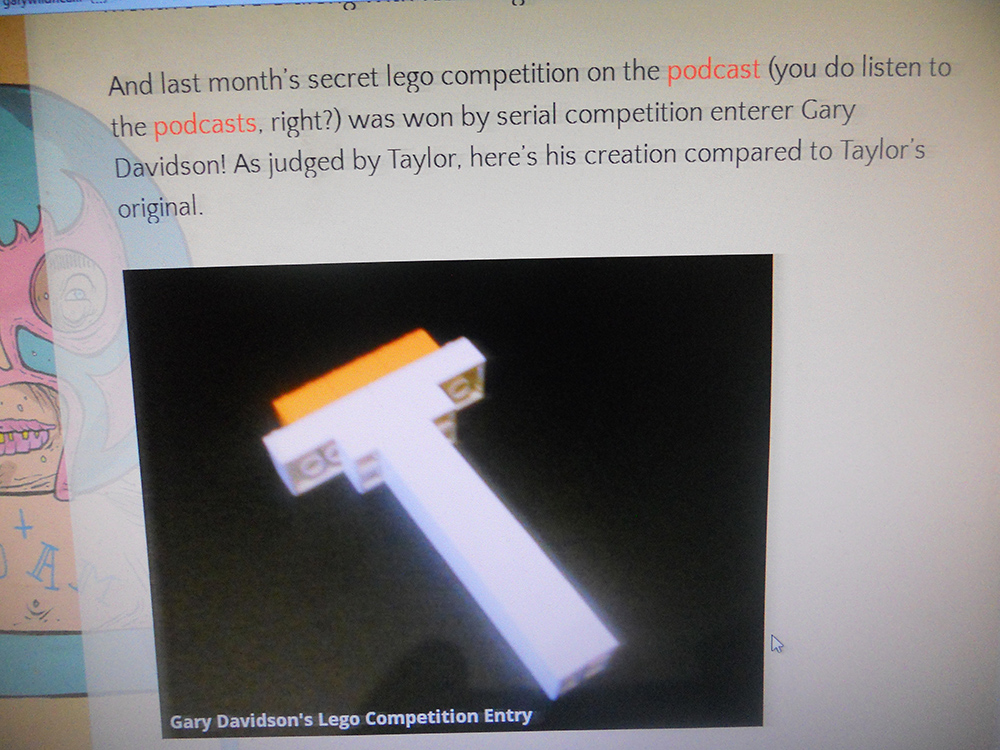 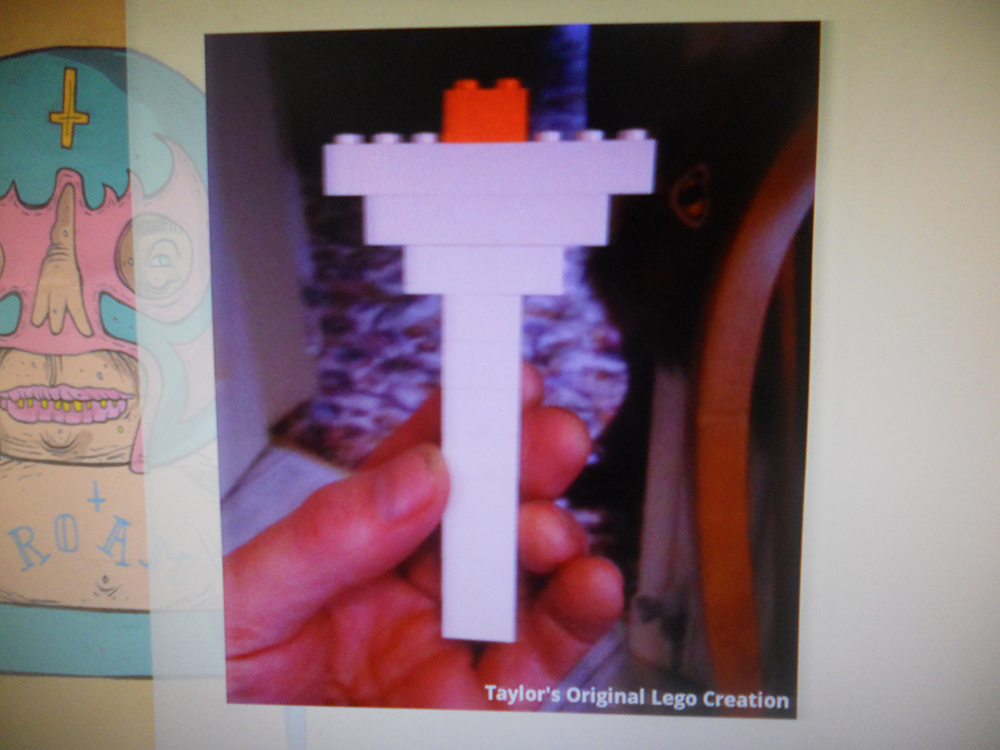 When the belt buckle arrived, it also contained the studio lyrics to Petit Mort! And a Thunderbirds postcard with a lovely message on the back. The belt buckle looked damn fine too!!! It’s now used as a paperweight, but one day I will make it complete. 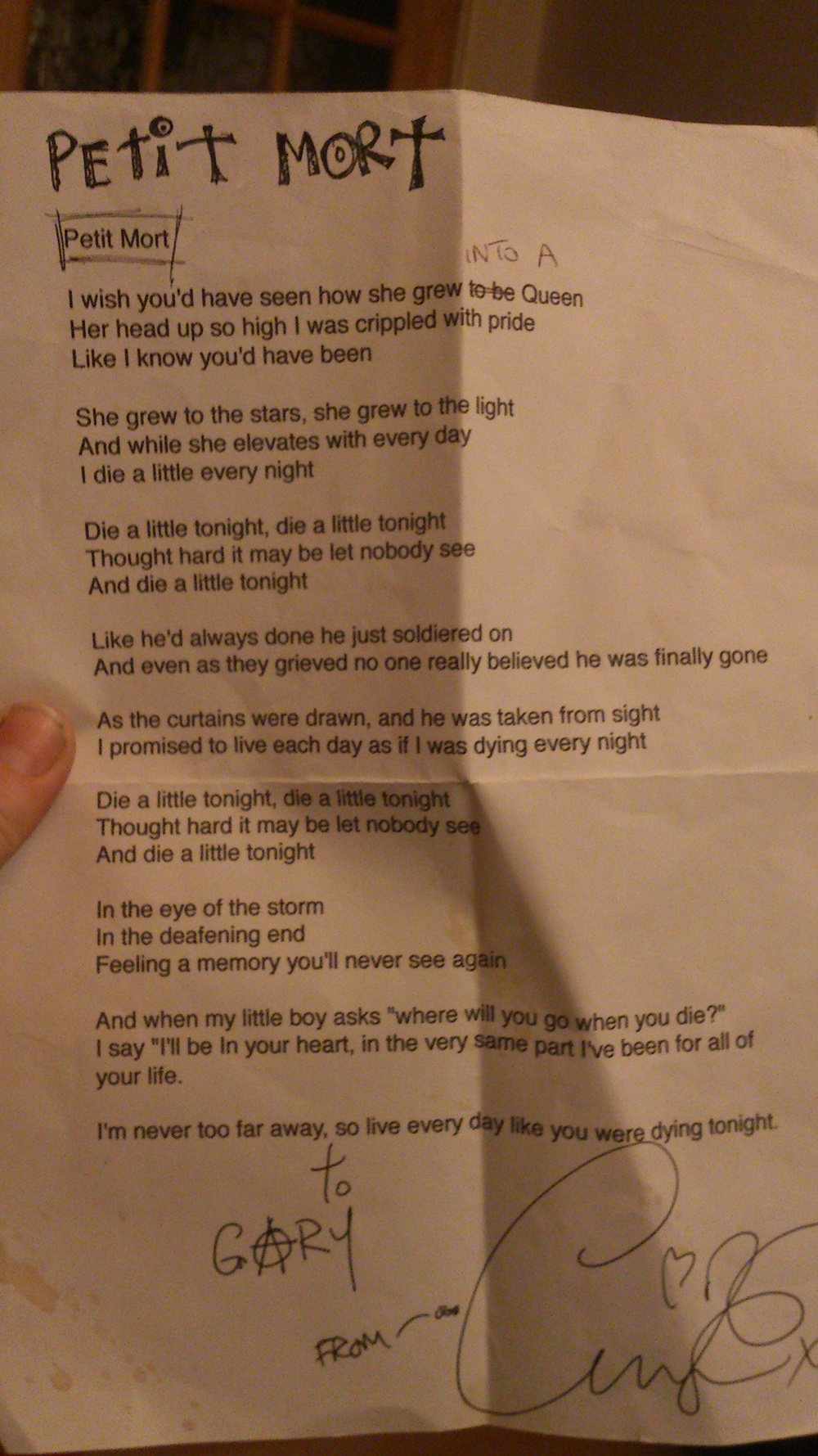 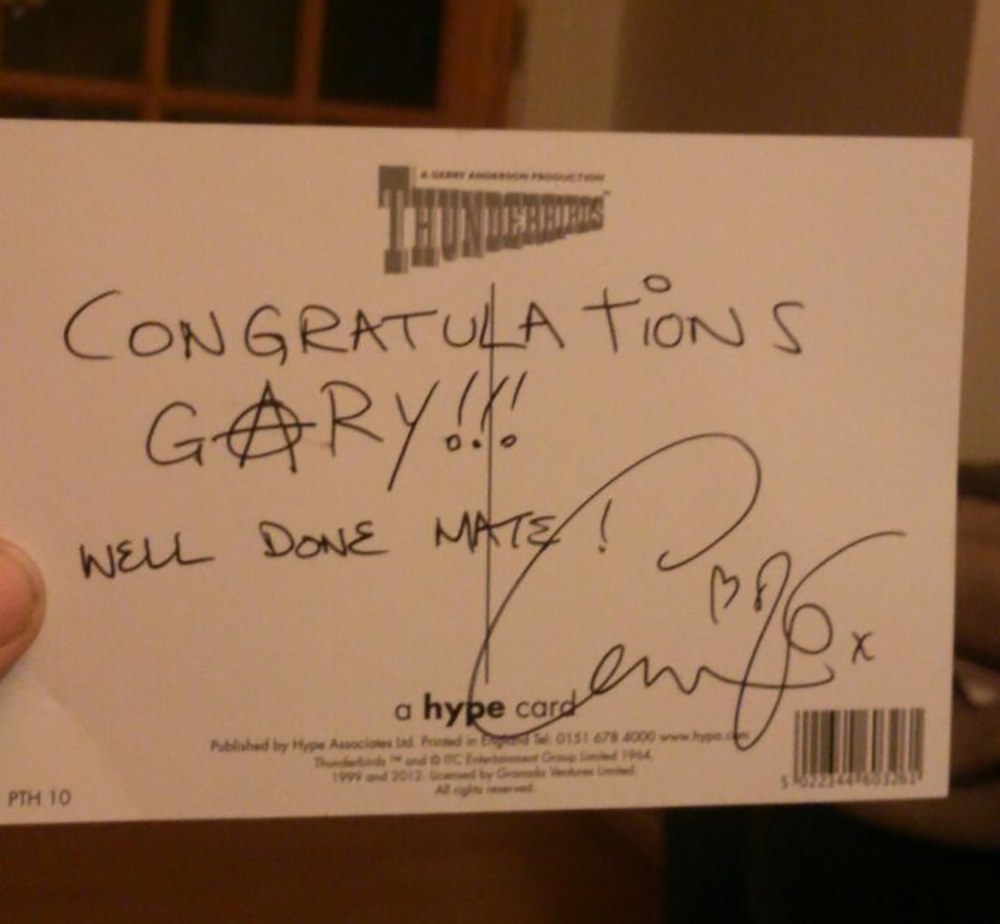 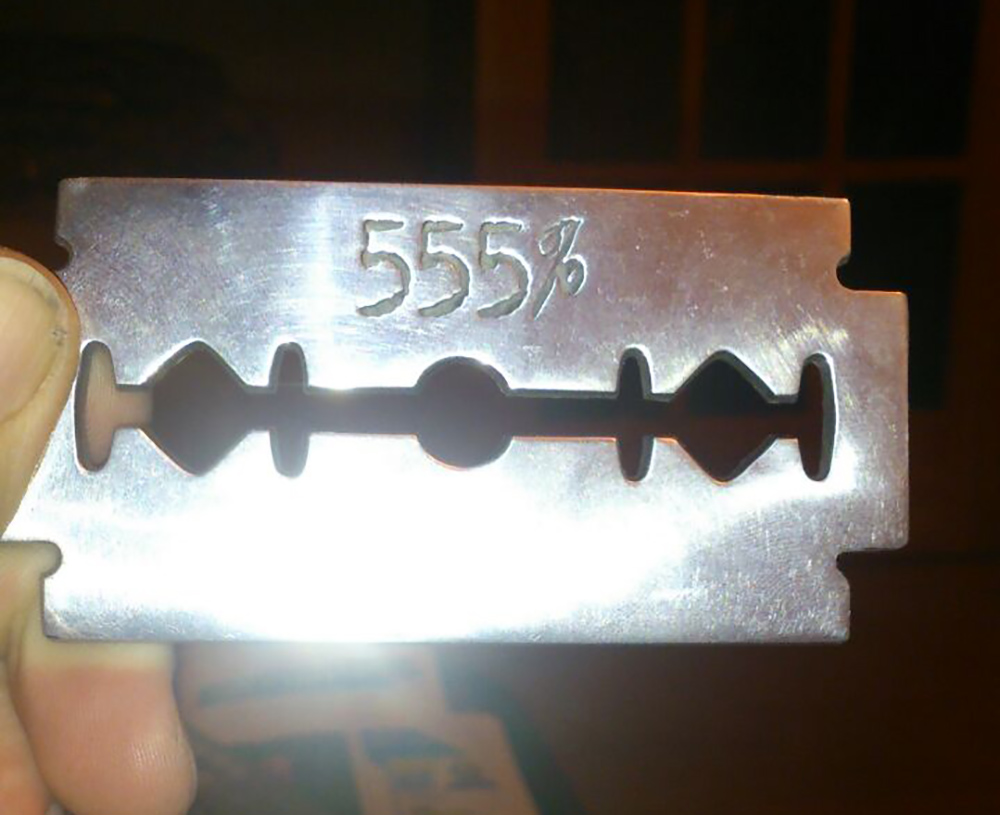 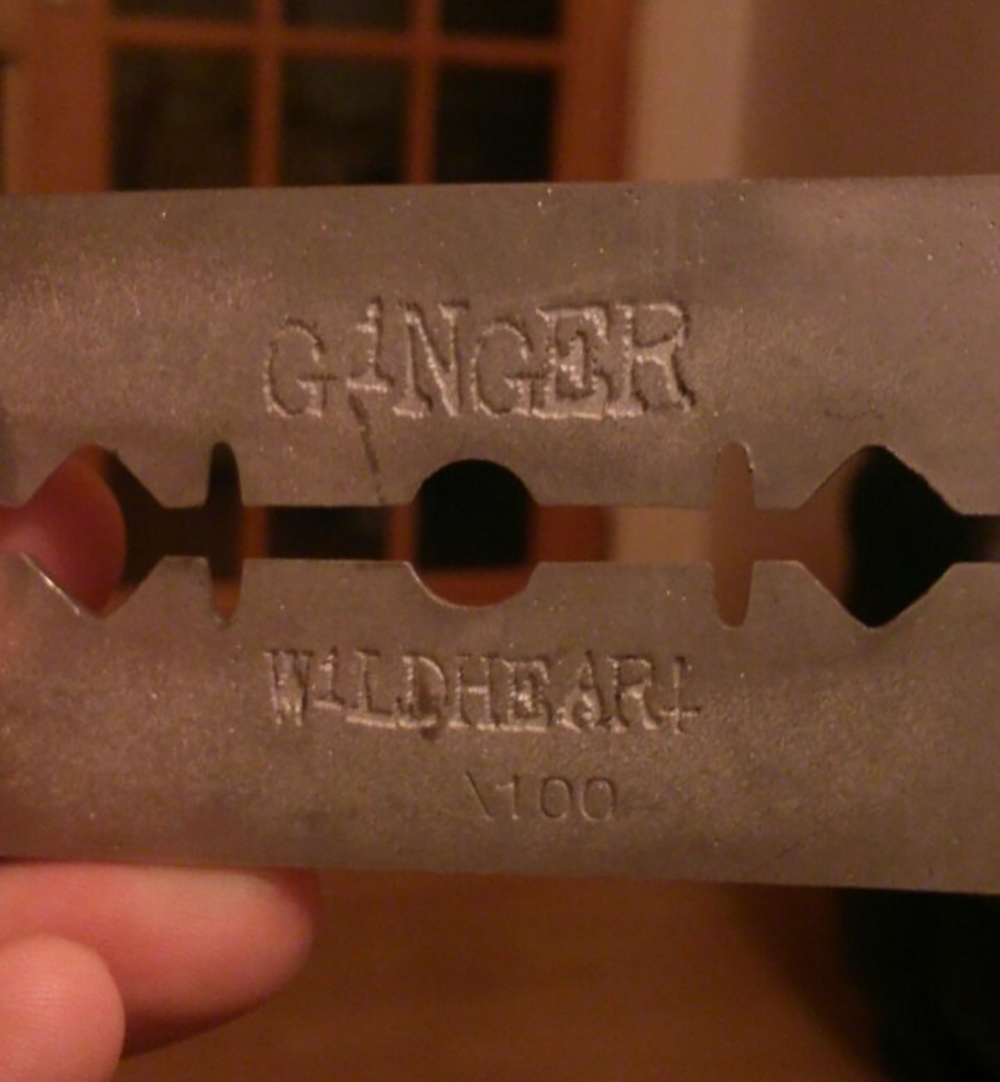