For the next comp we had to send in a photo of ourselves in a Halloween costume, or Halloween make up. Ginger said we could make it ugly, beautiful, weird or traditional. The winner would receive a goody bag containing a drum skin used on some of the G.A.S.S. recordings, and some other goodies. I’m not that great at Halloween make up and was on a low budget. It didn’t take long though to think up the idea of carving a pumpkin into a traditional Smileybones and fitting it over my head. Smiley did suffer from floppy bone syndrome, but was pretty much top-notch, even if I do say so myself. 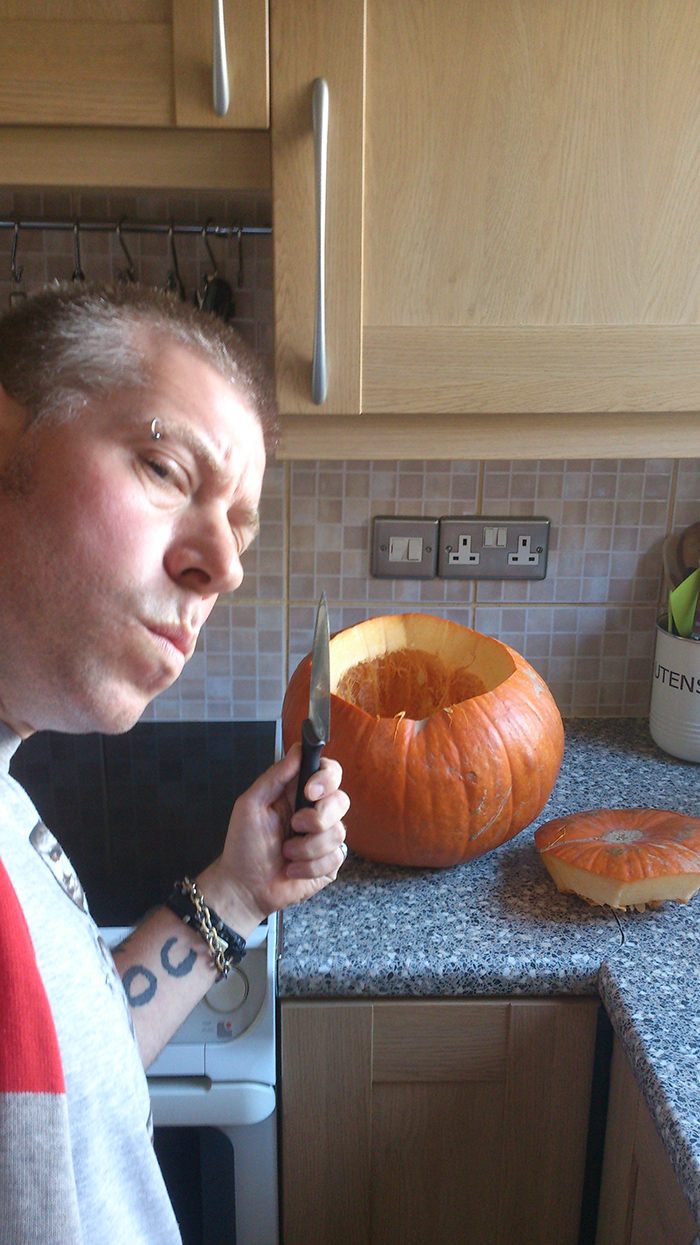 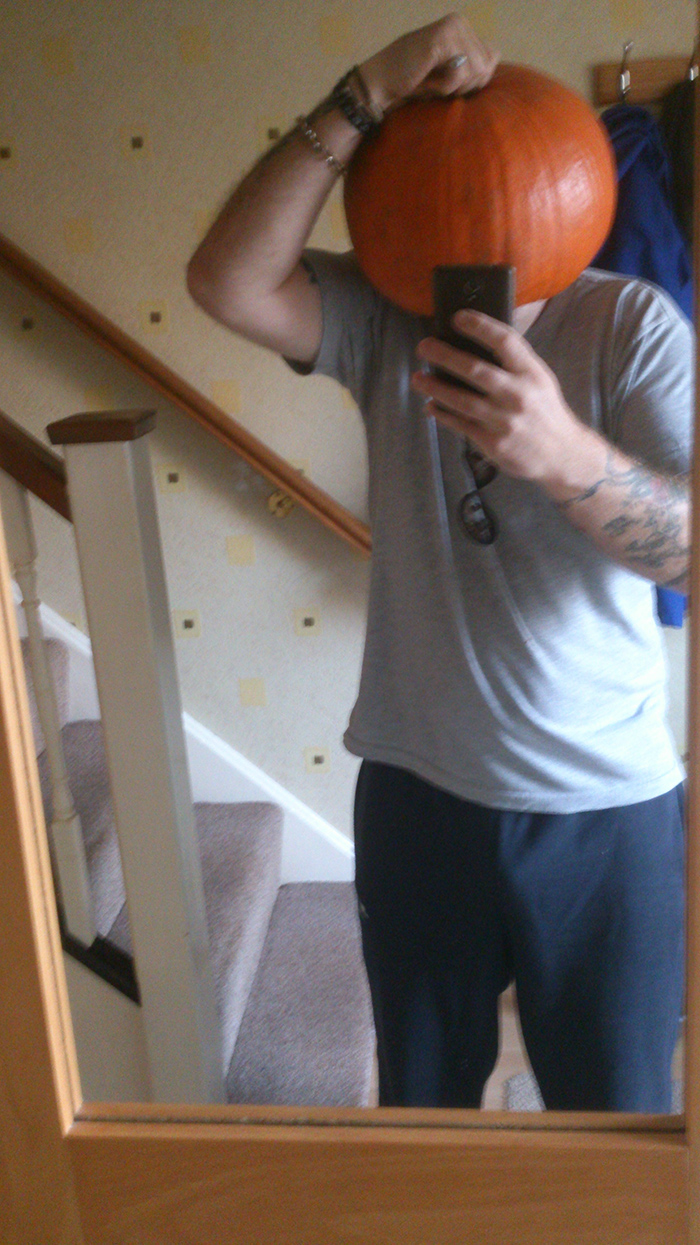 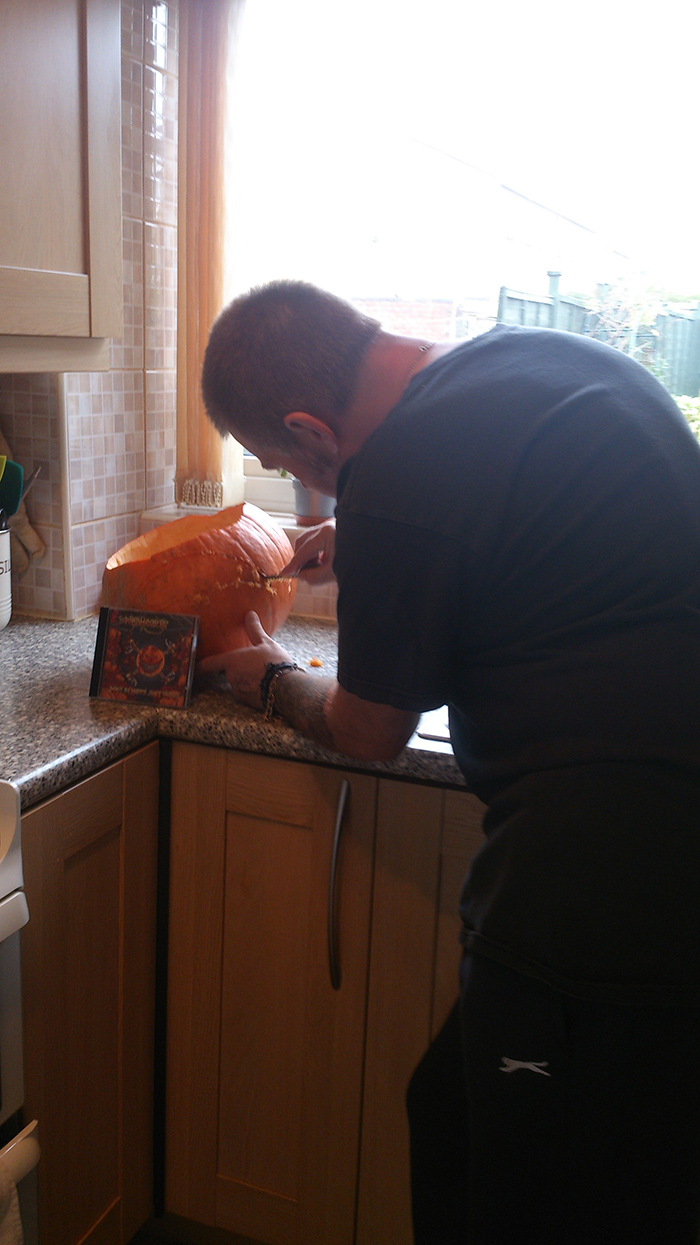 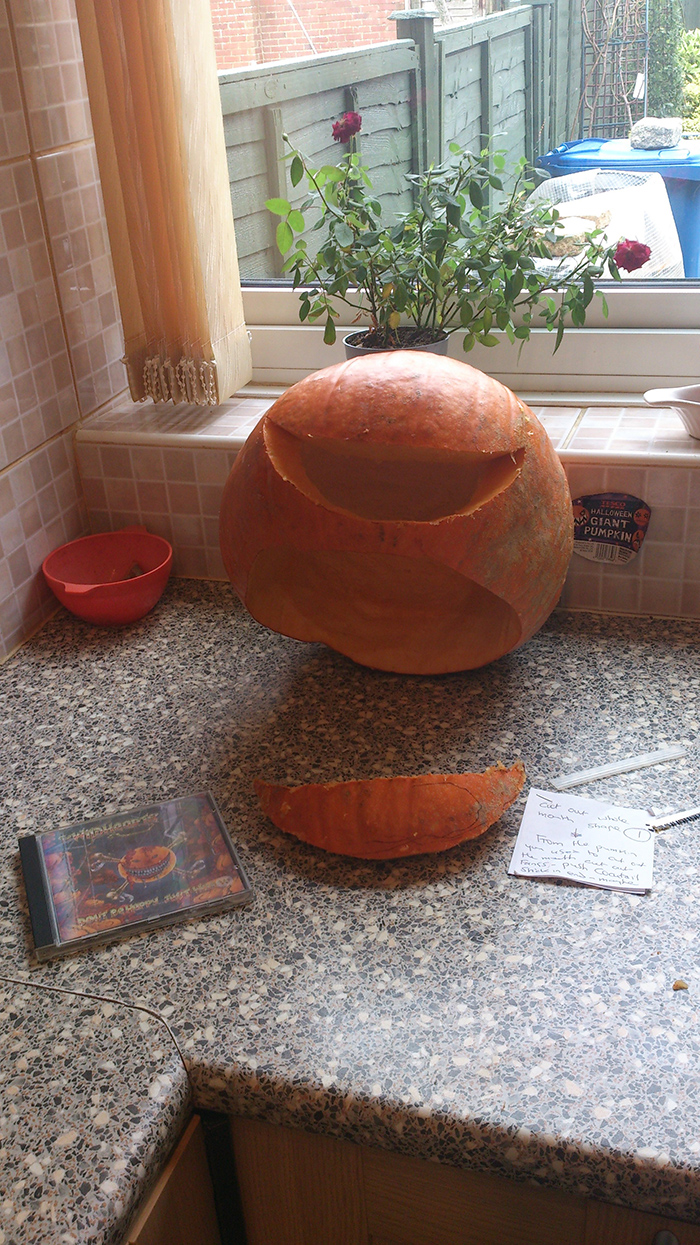 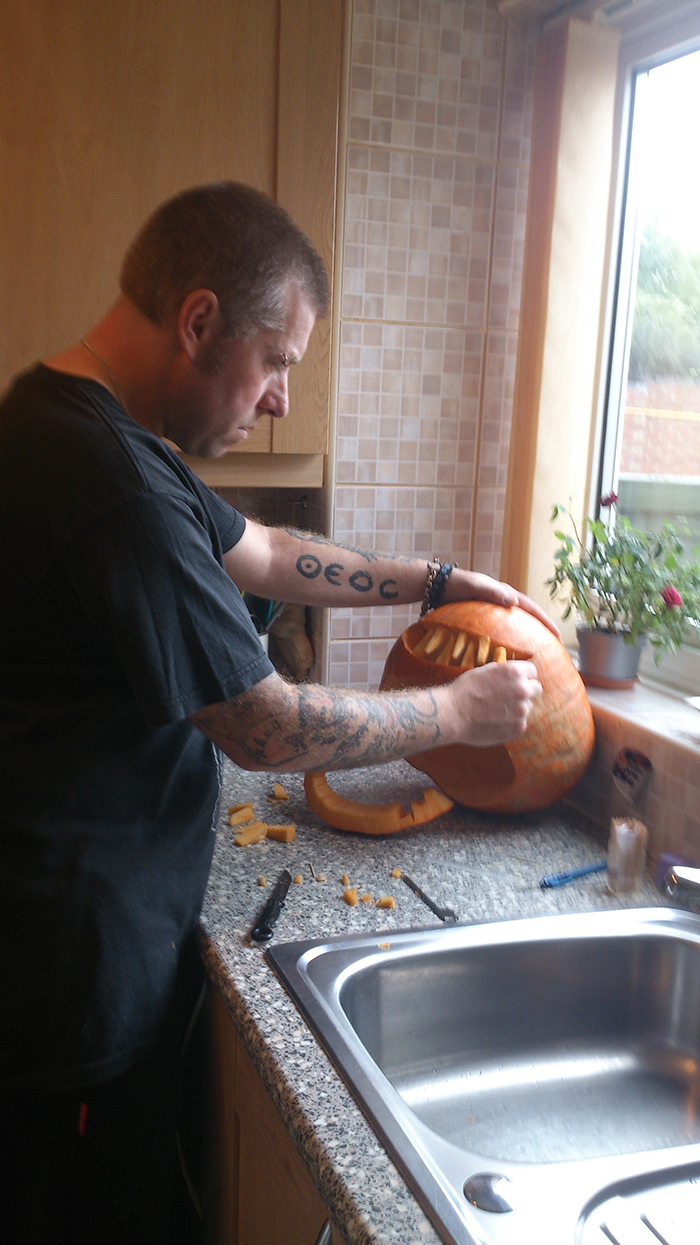 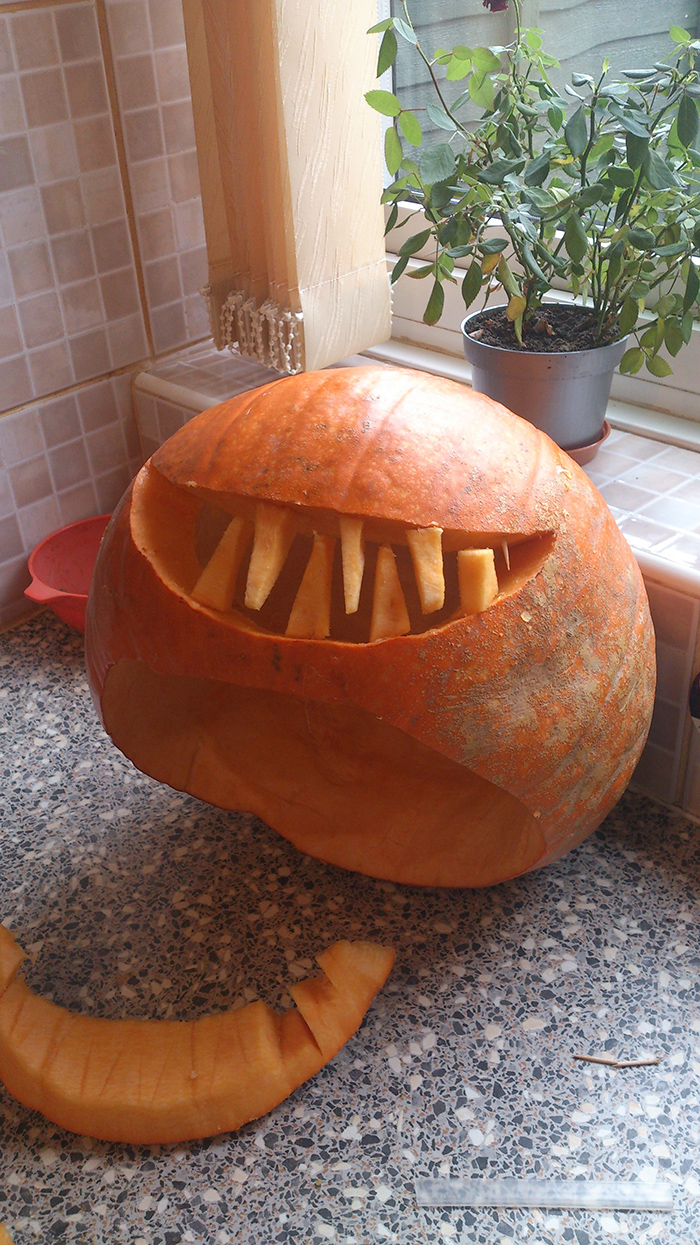 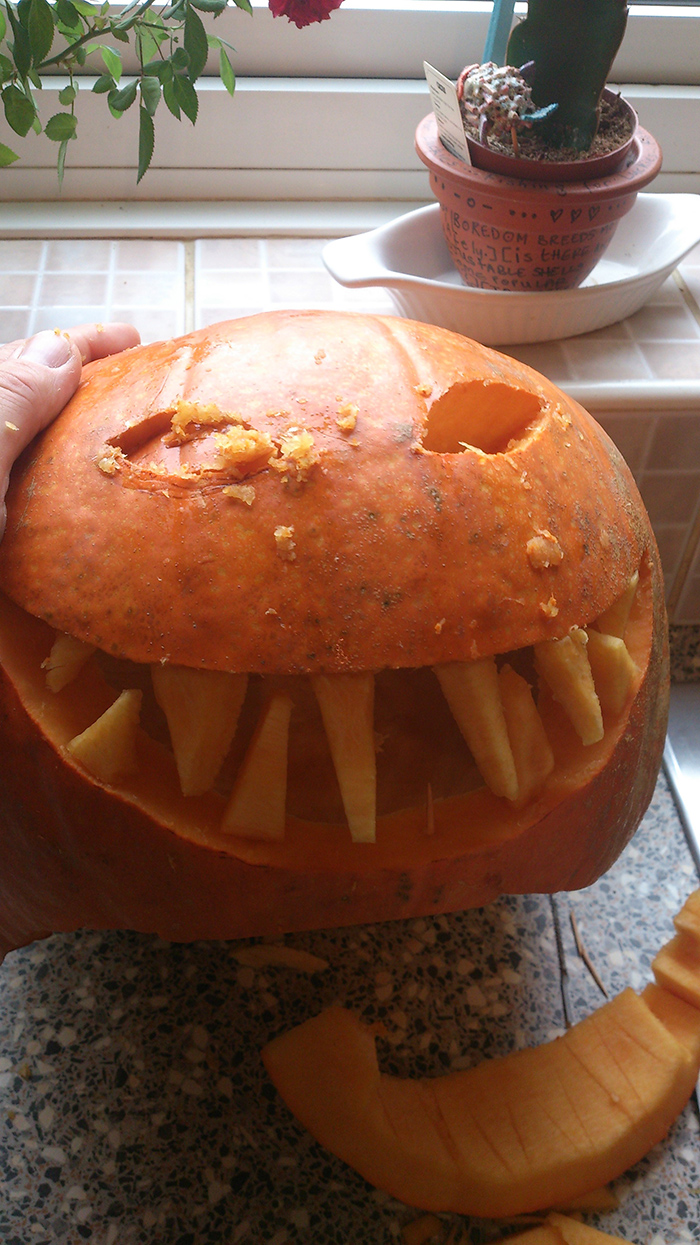 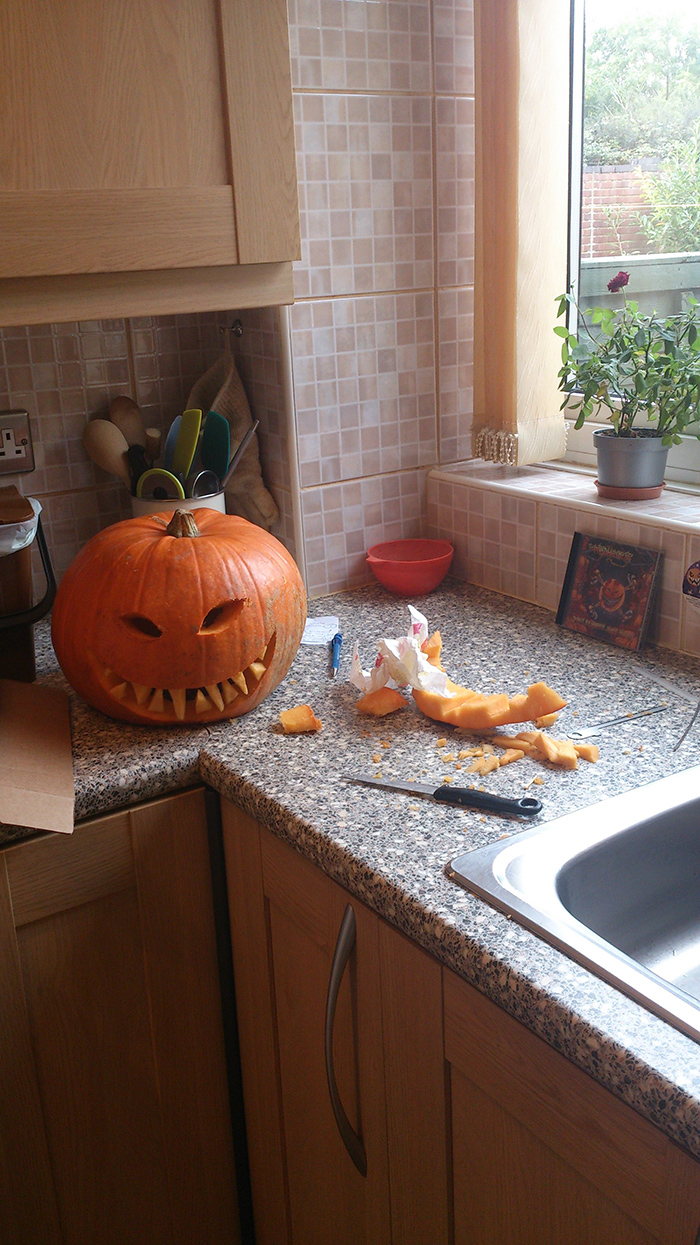 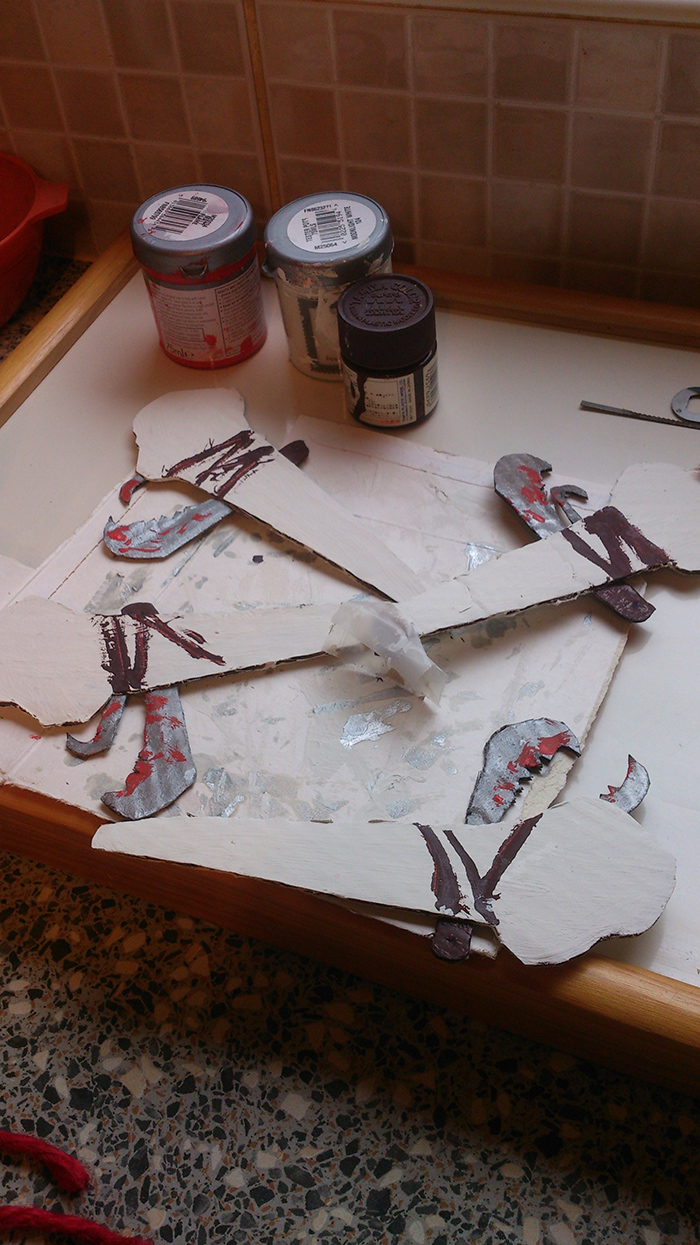 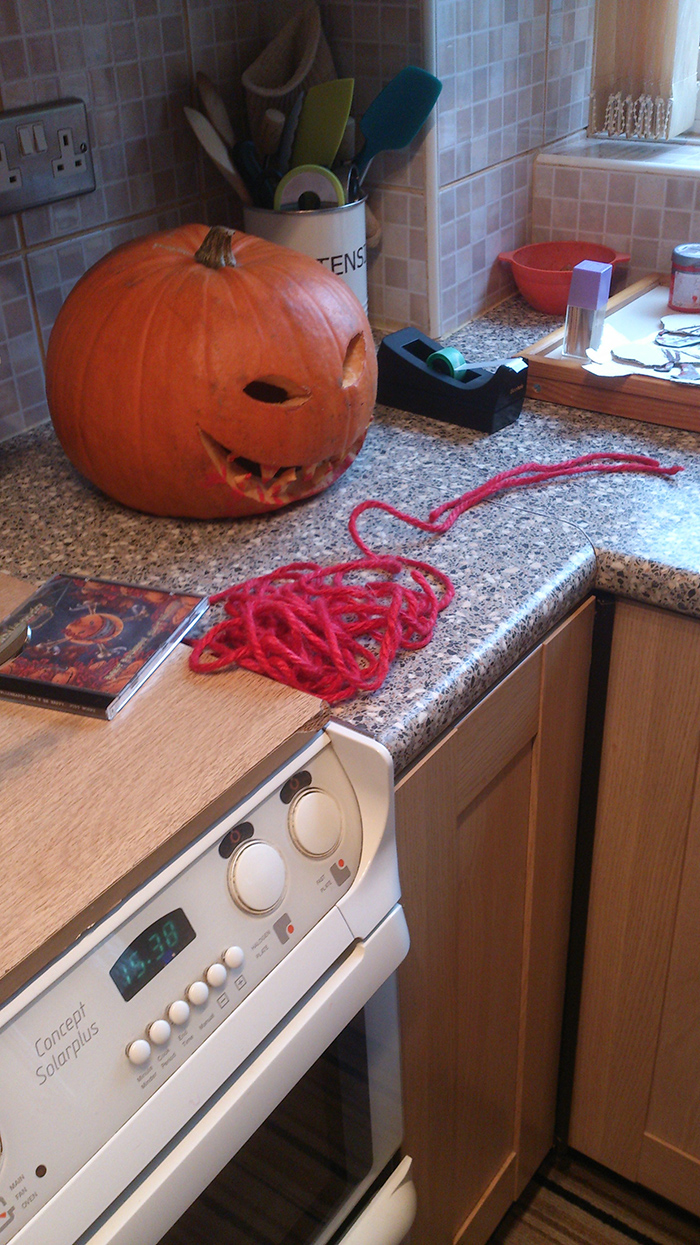 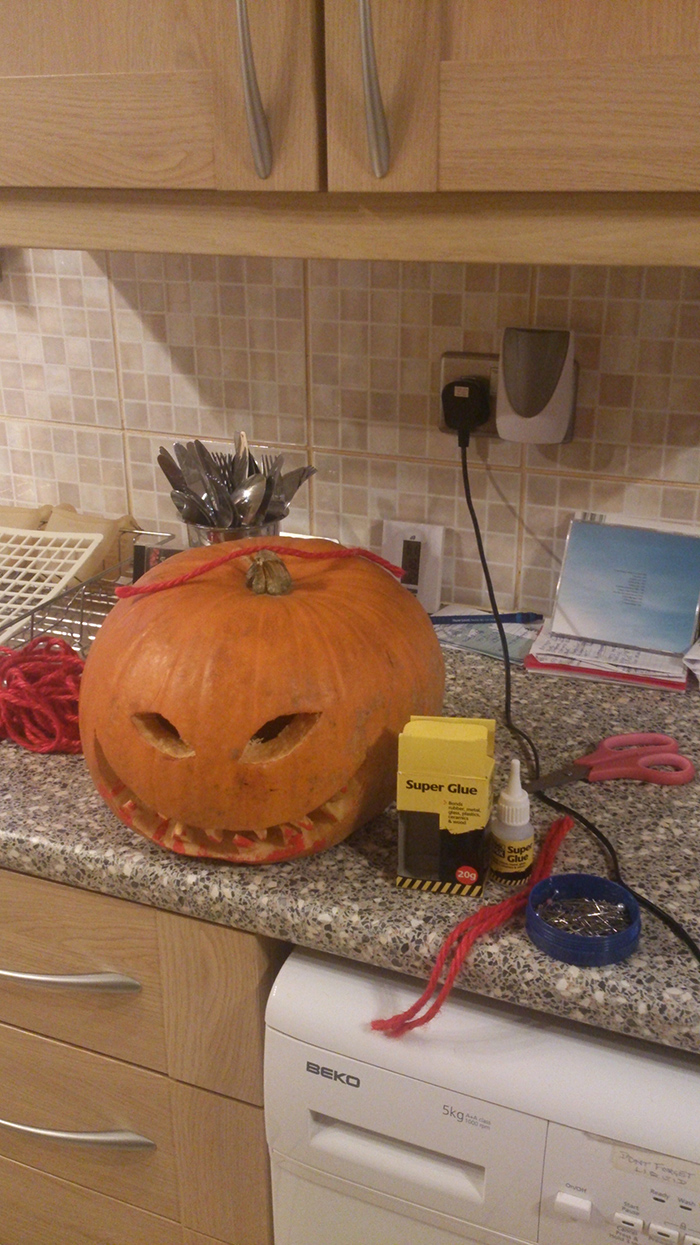 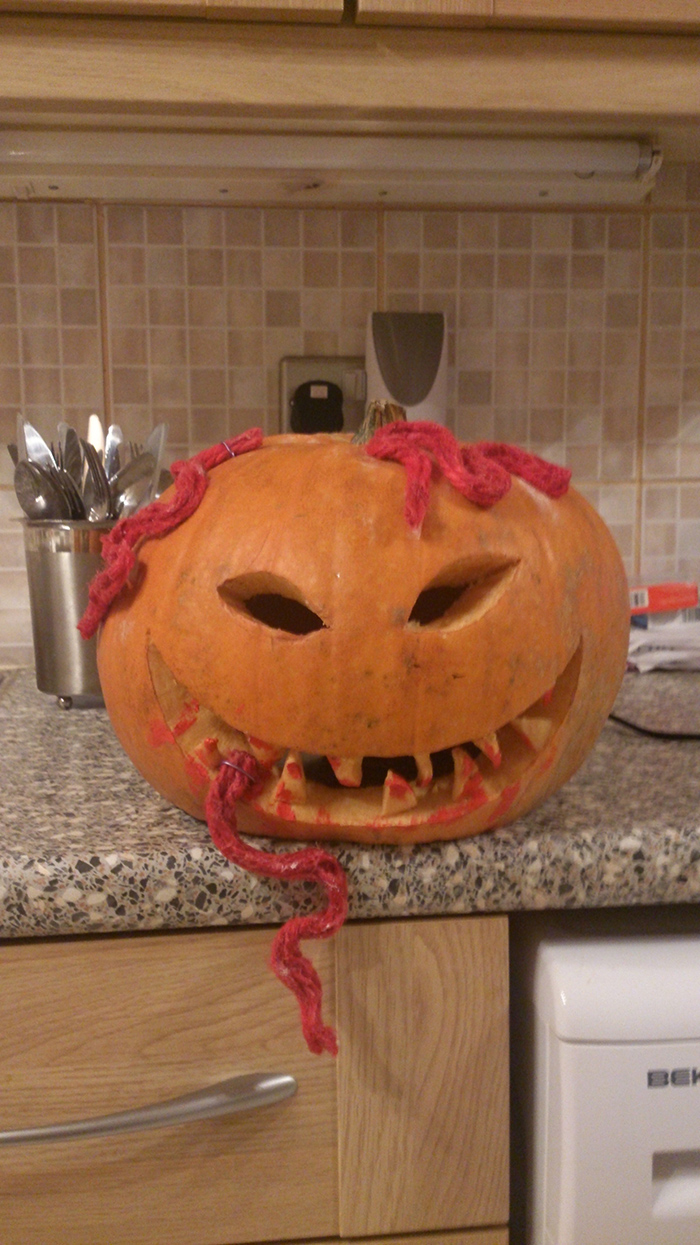 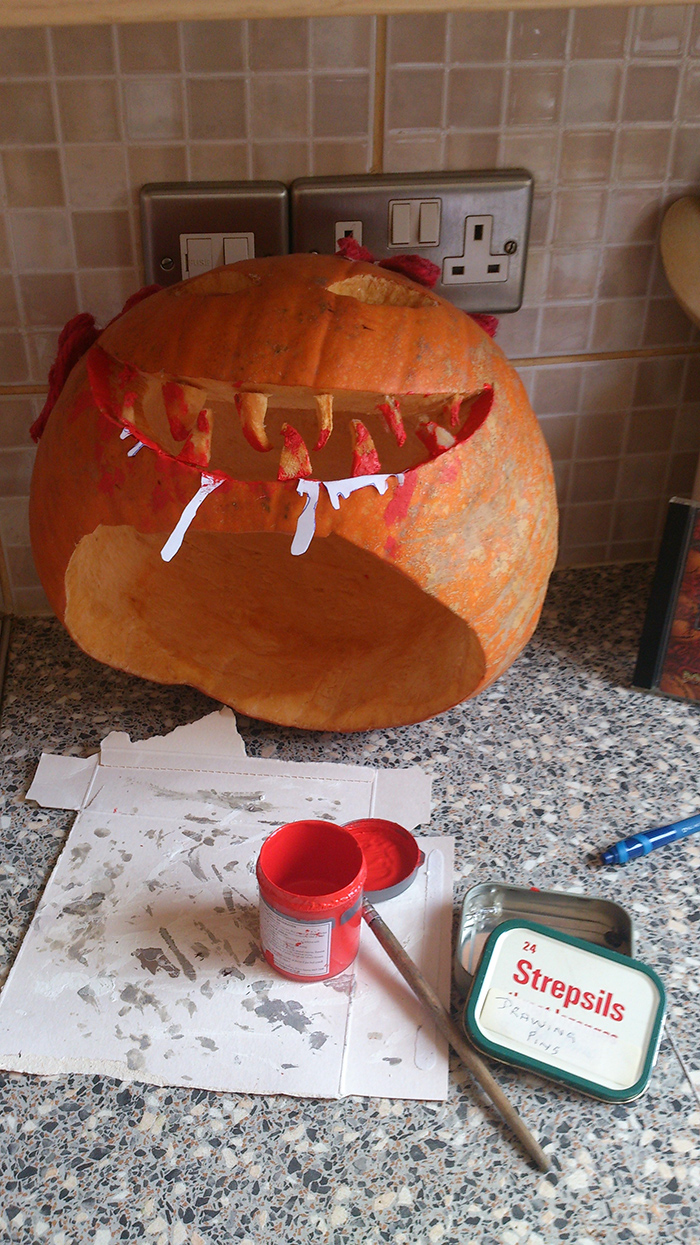 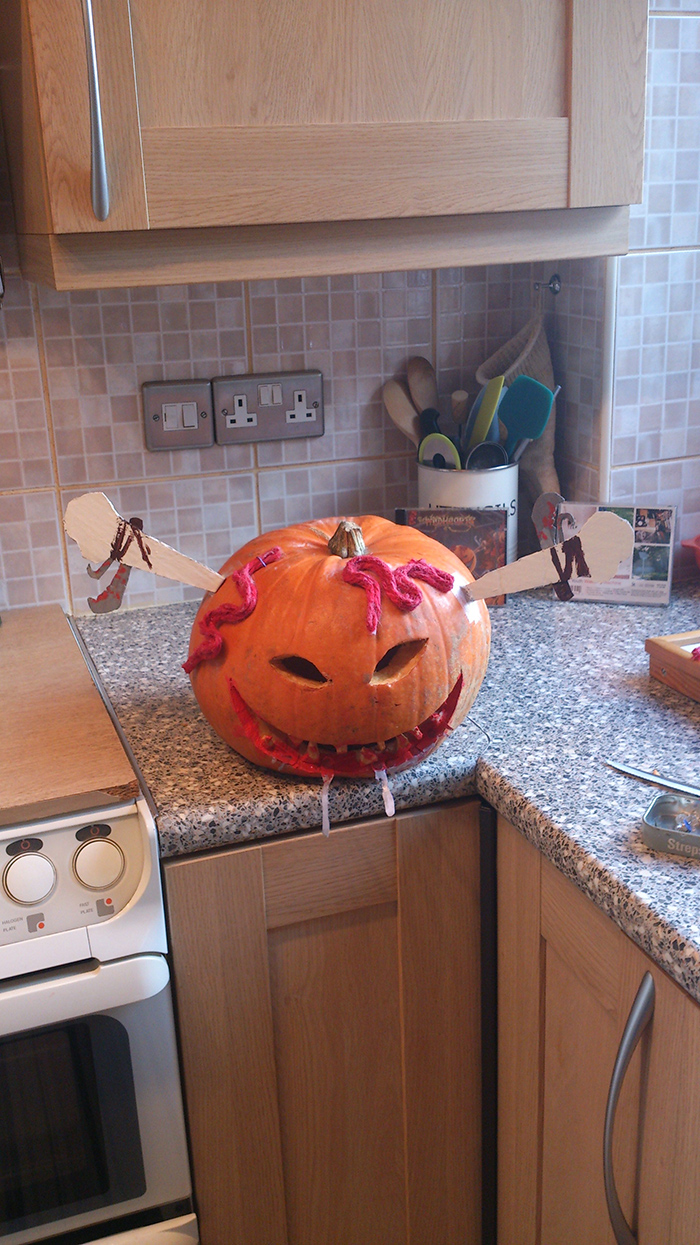 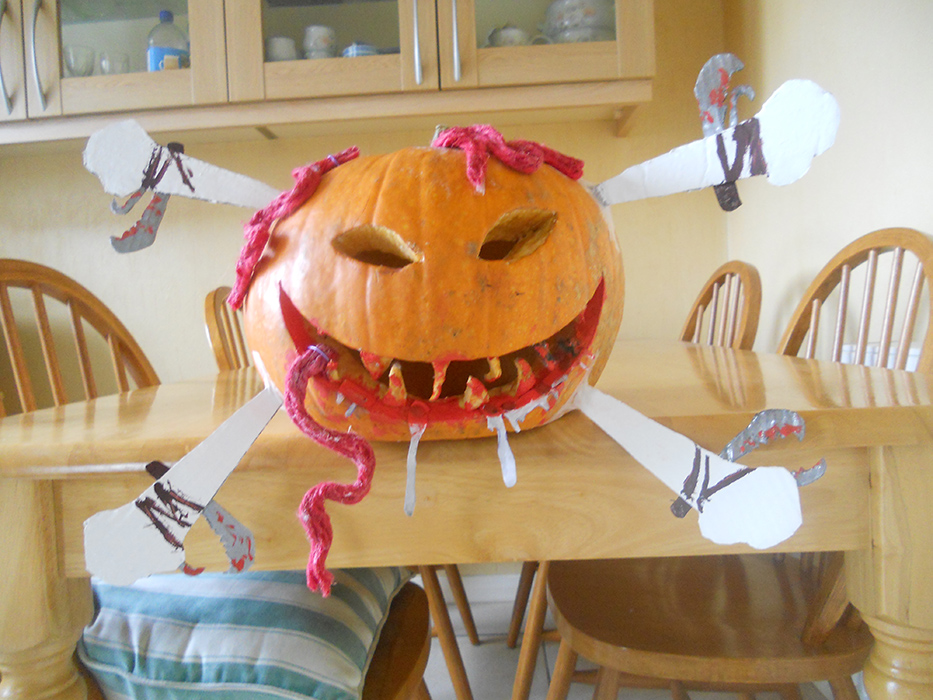 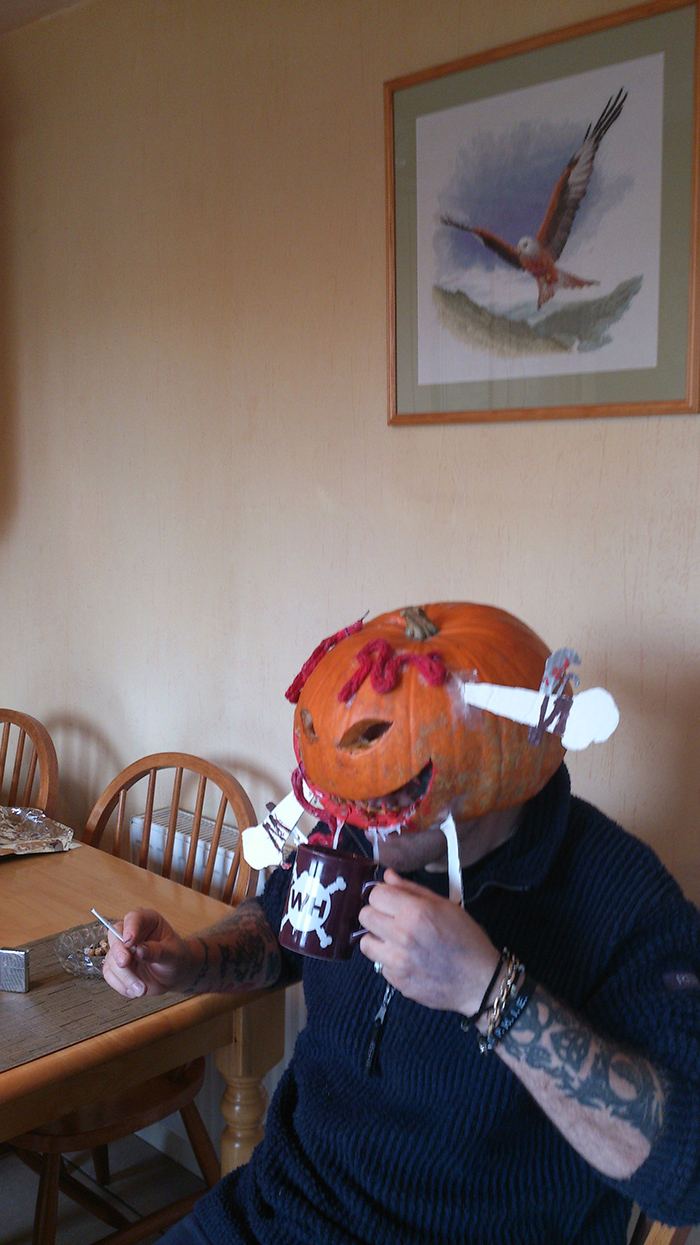 Instead of just wearing a pumpkin over my head, I thought why not try and become one. To pull off this audacious feat I purchased some girls stripy orange and black tights and orange scarf from Poundland and painted my arms, neck and legs orange while wearing orange painted washing-up gloves. For some reason, the film Attack of the Killer Tomatoes sprung to mind; I then had the idea of using a toy chainsaw (previously used with an Ash from Evil Dead costume) and modifying the Ginger-on-a-Stick to make it appear that Ginger’s head had been decapitated. It was only then that I realised I’d gone for a weird/traditional hybrid. I named my creation ‘The Cross-dressing Psychotic Pumpkin’. 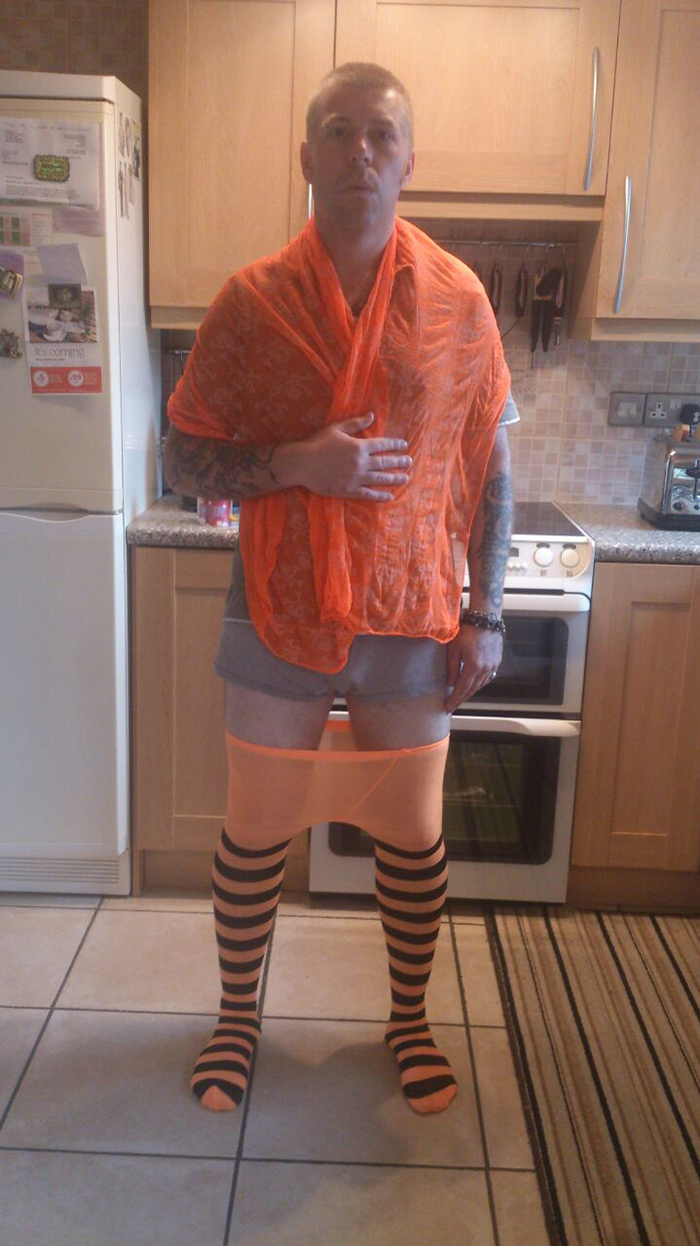 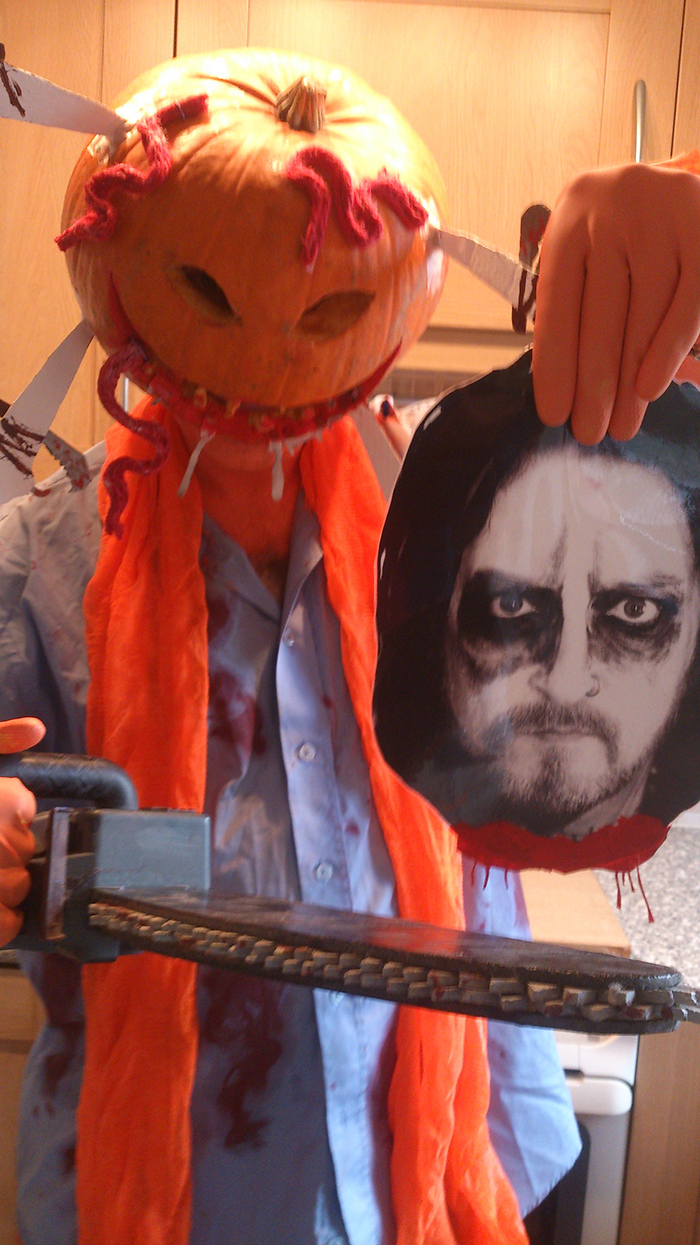 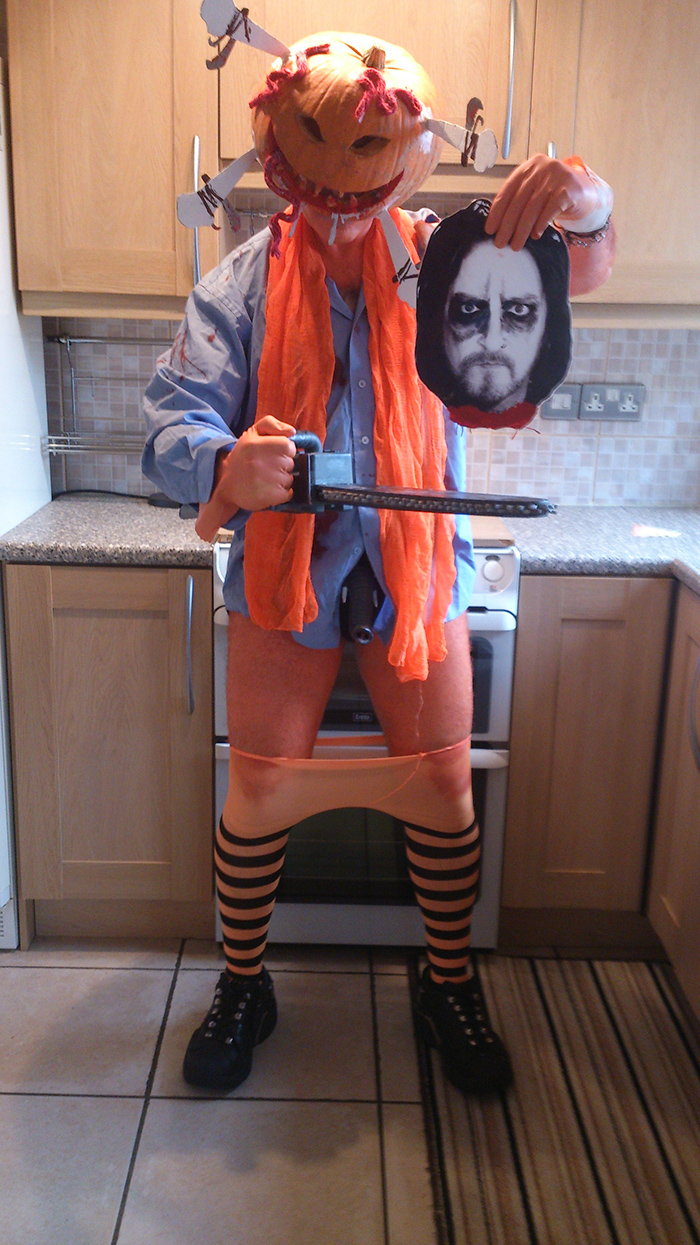 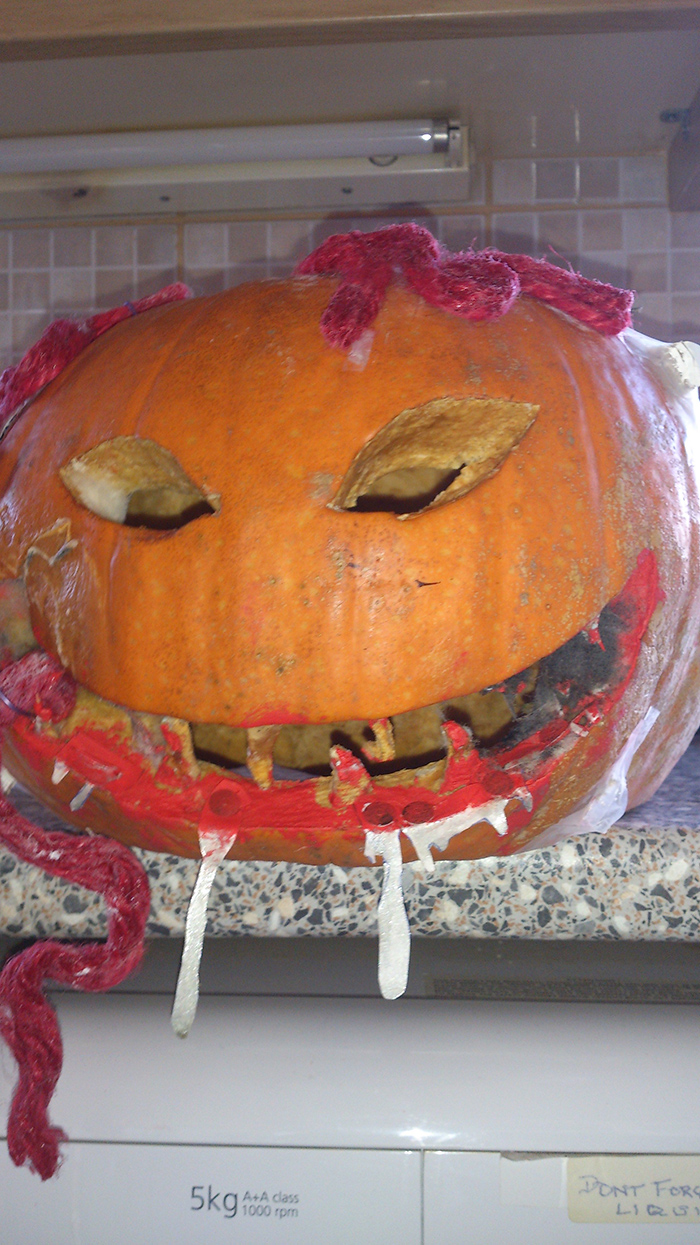 Of course, after a week or so Smiley pumpkin become mouldy. He needed killing off, so as to let the new breed of Smileys reign supreme. Along with Ginger Bez, I went to work with an axe and some brute force. R.I.P. traditional Smileybones… 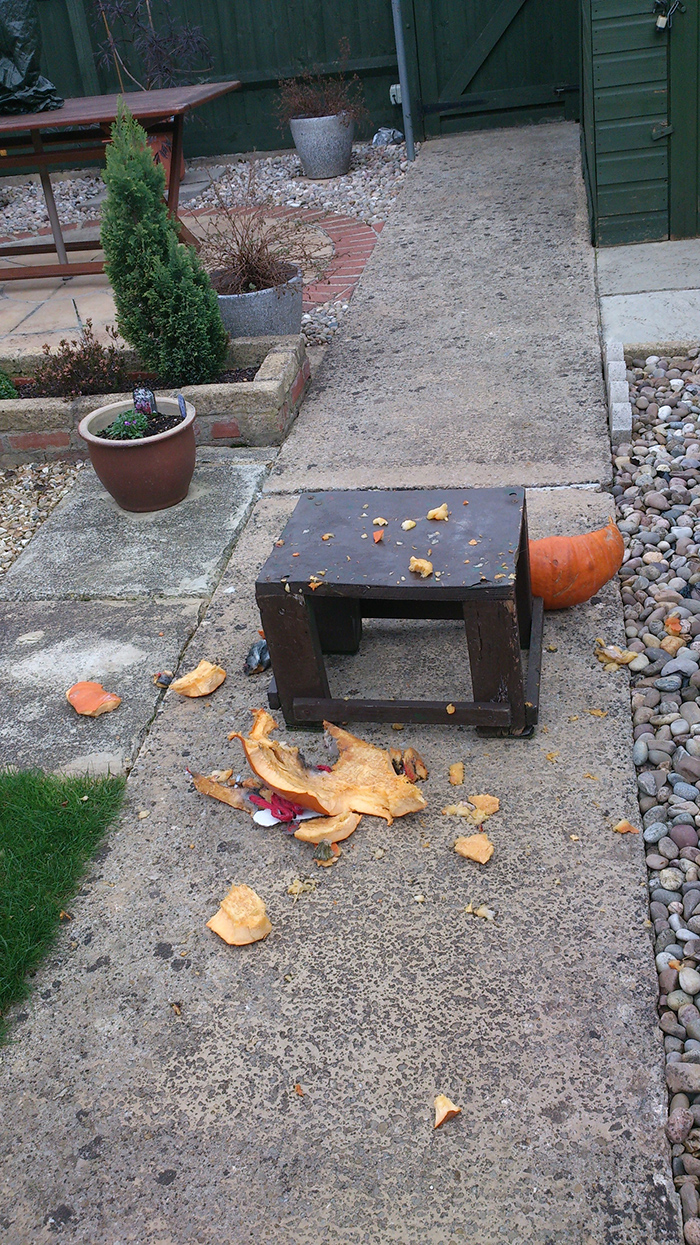 In the end, Ade Knight won the comp with a far more appropriate and superior effort than myself.