In a video Ginger explained that we had to download and print a PDF of his head. From there we were to glue it to a piece of card then attach to a stick. From there we had to go out into the world with our Ginger lollipop and get a photo with anyone or anything we considered to be a celebrity. The prize this time would be Ginger’s own Zippo ‘Endless Nameless’ lighter.

In the two months we were given to complete the task, I wasn’t going anywhere there would be anyone I considered a celebrity – unless you count my family: 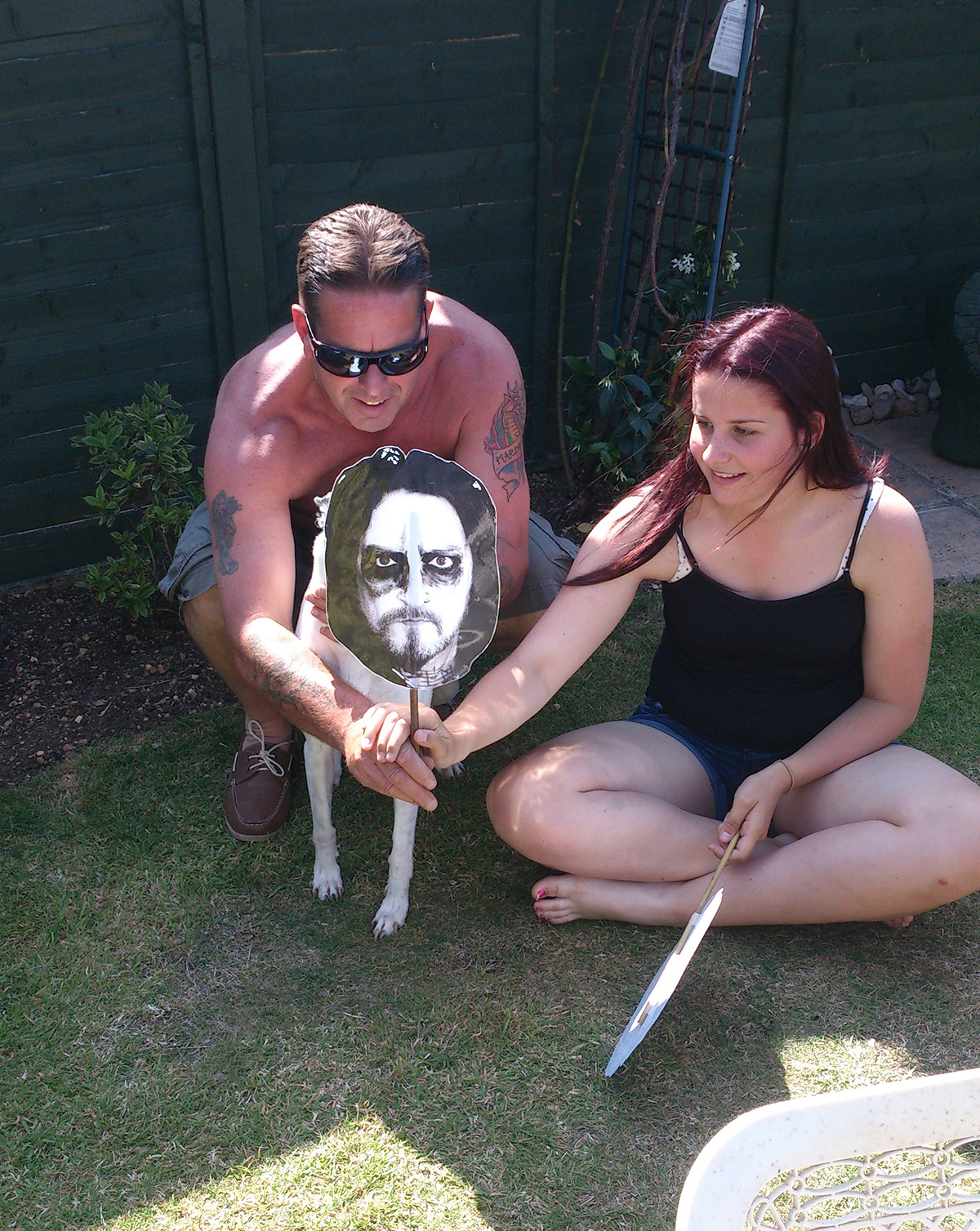 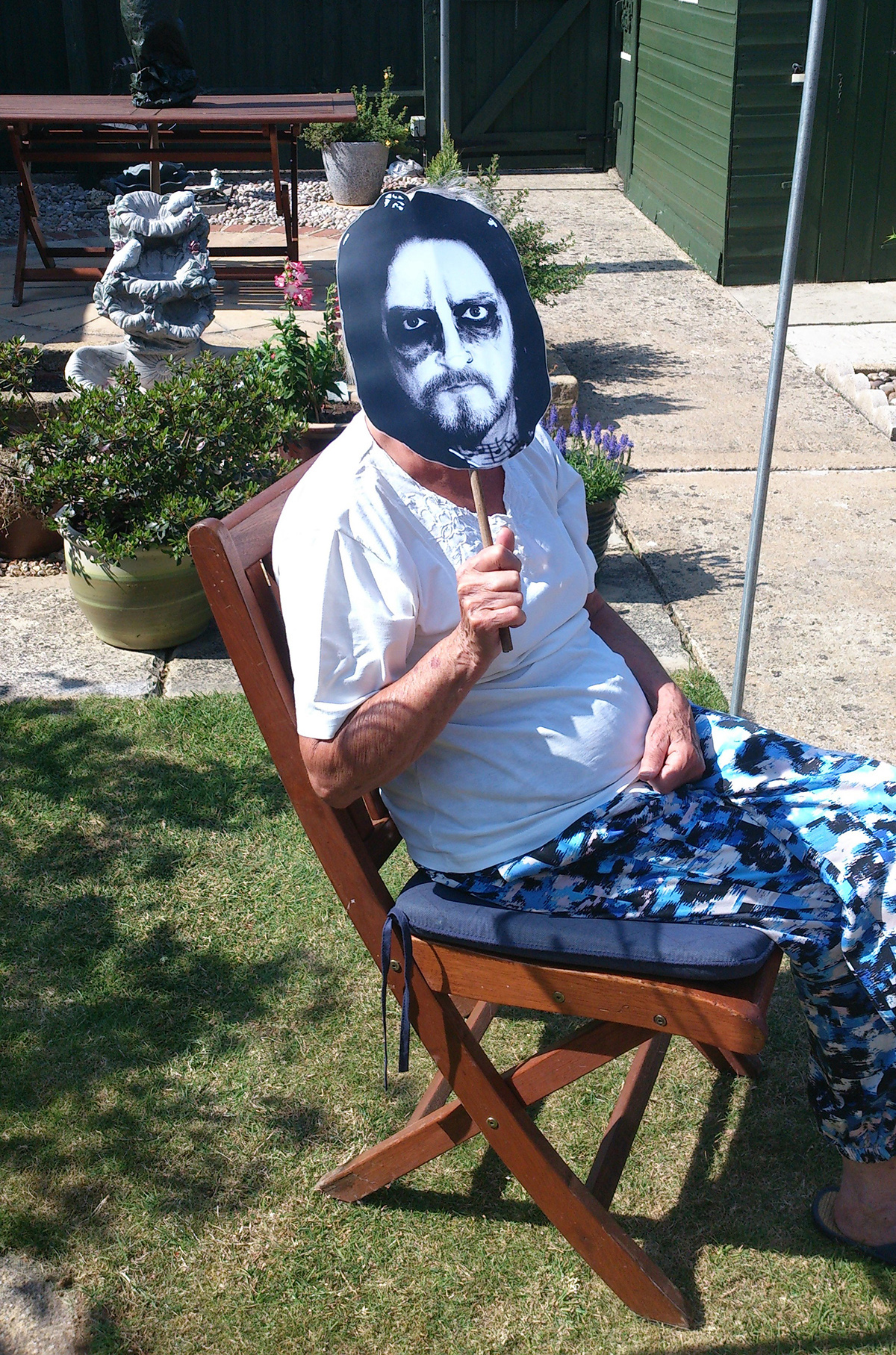 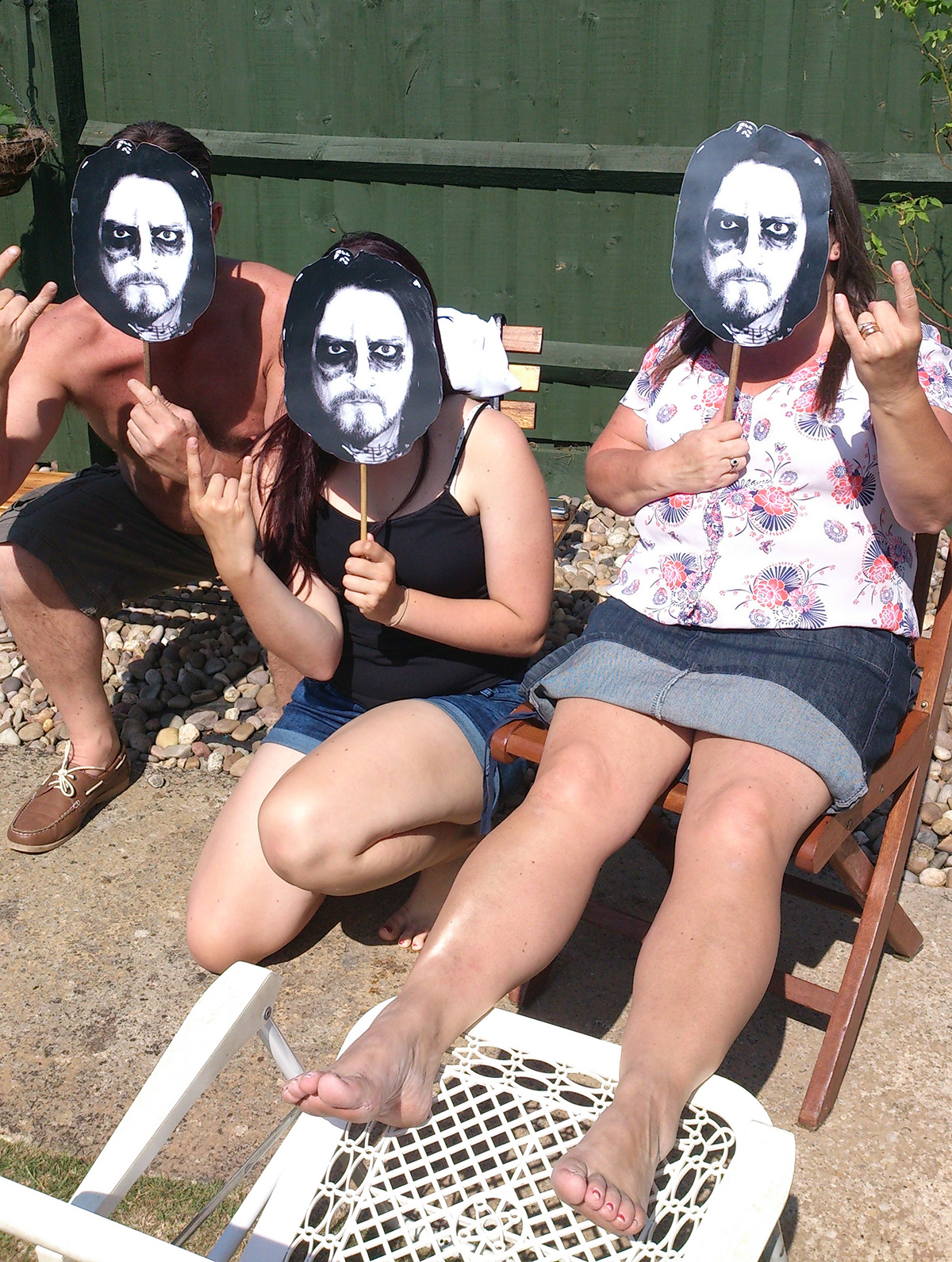 Then, three combining factors gave me a cunning plan:

I managed to contact Ryan online and a backstage meet-up was arranged. It was wonderful to thank him in person for the foreword and have a chat about him and his brother getting into The Wildhearts in their teens. Right about then, Ryan strangled Ginger: 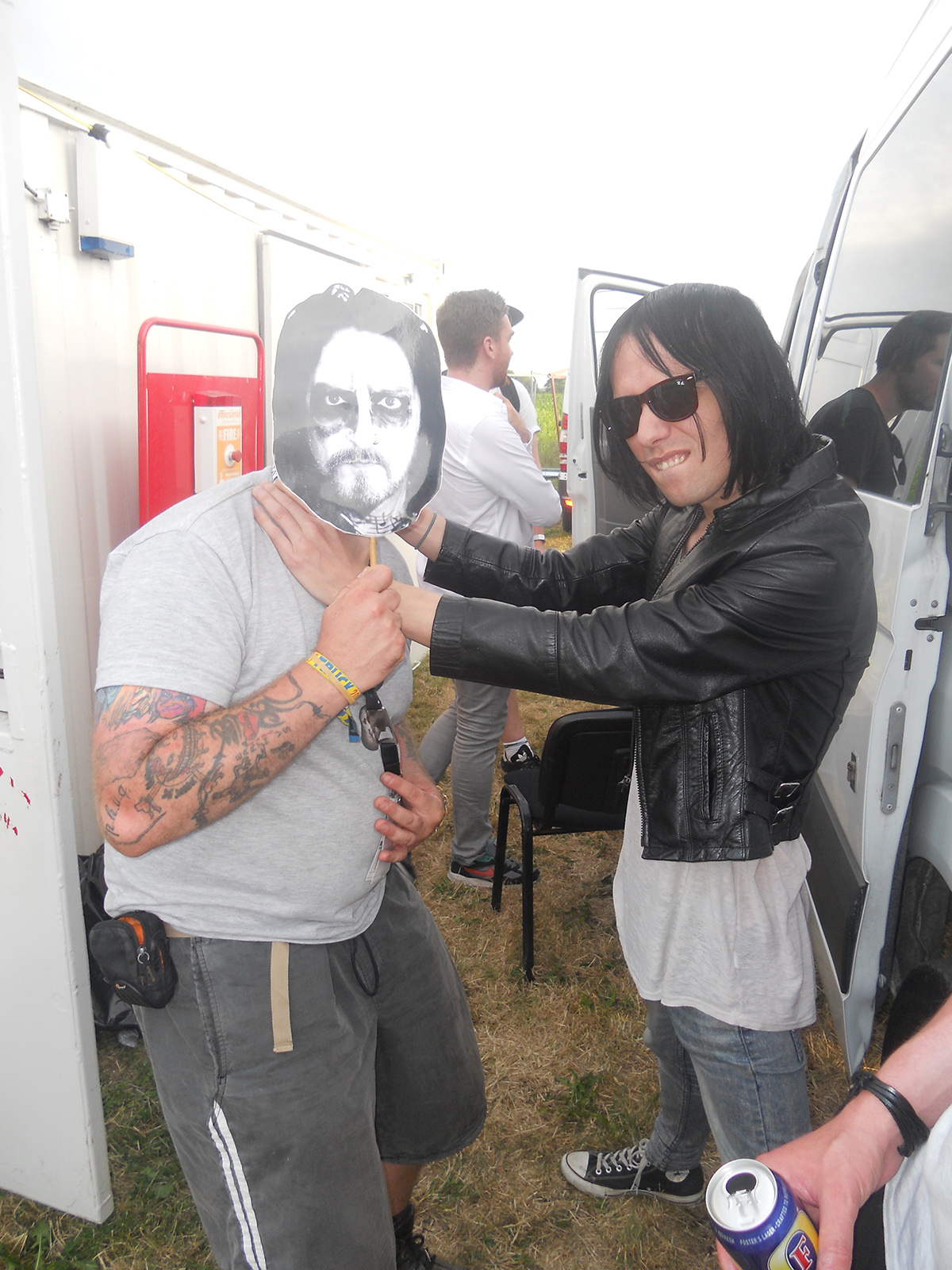 I managed to bump into a couple more celebrities throughout the weekend: 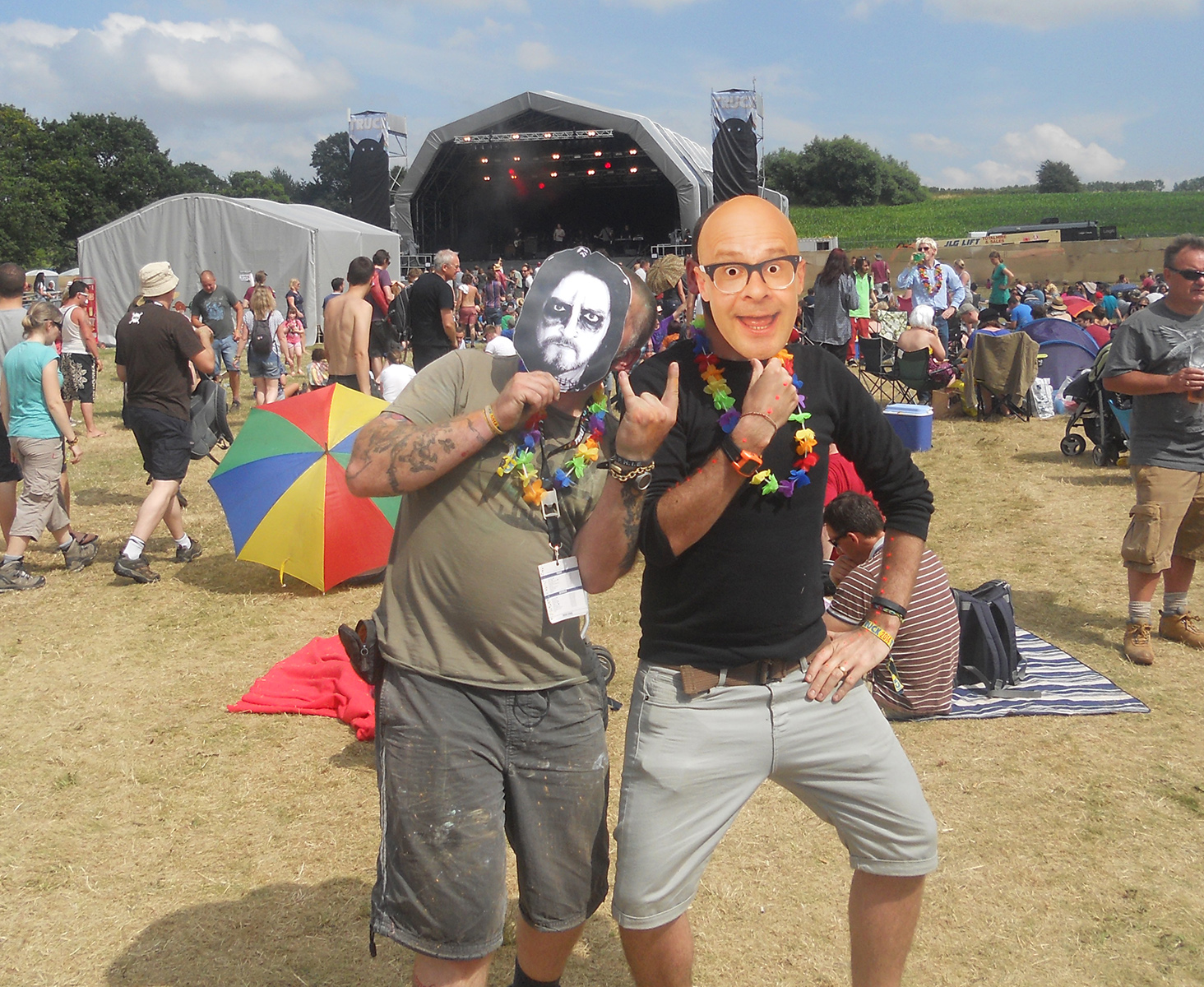 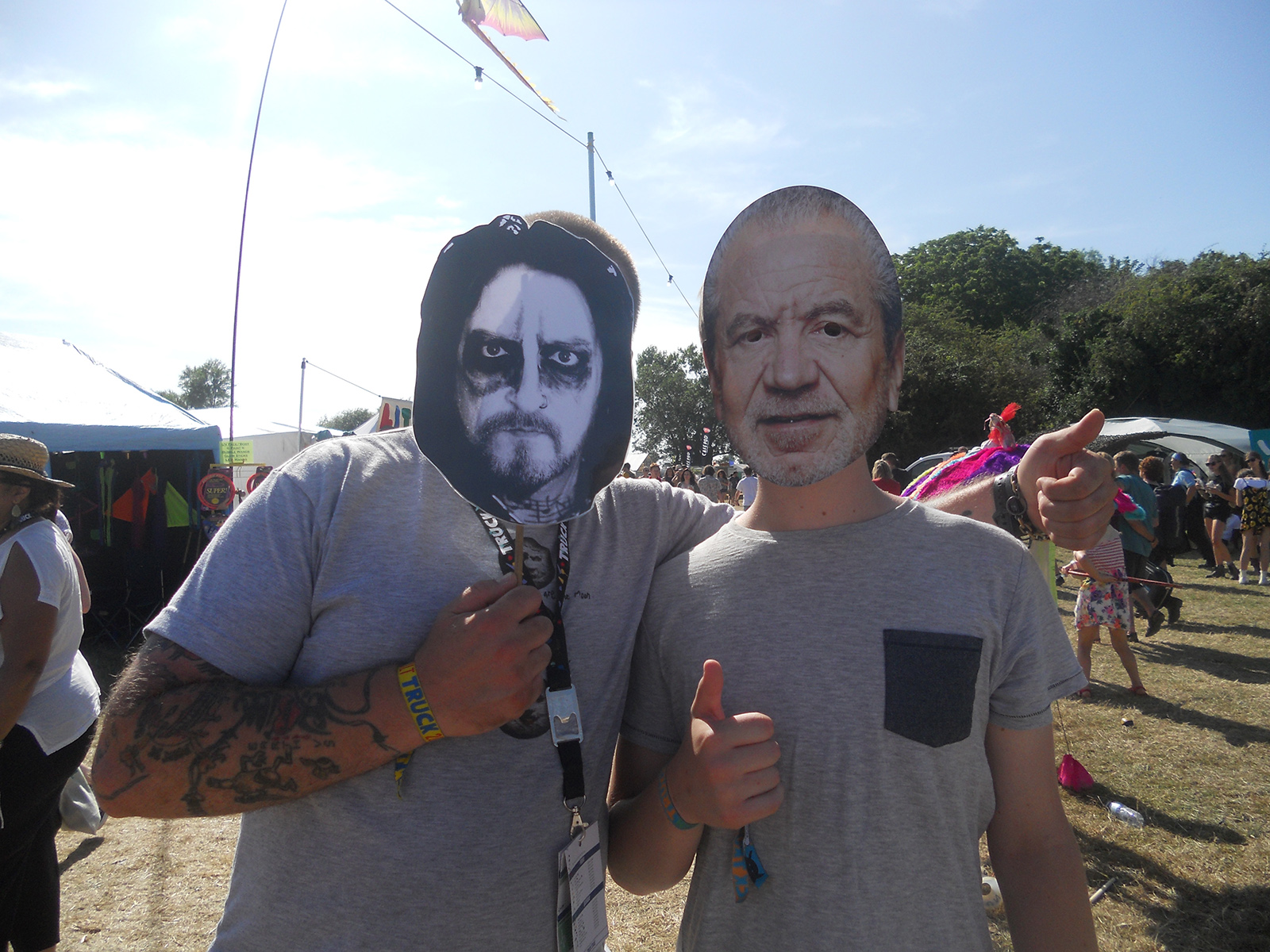 Unfortunately, neither Ryan, Harry or Alan won me the Zippo ‘Endless Nameless’ lighter. Though the Alan Sugar photo was subsequently used in an ad-hoc G.A.S.S. caption competition.